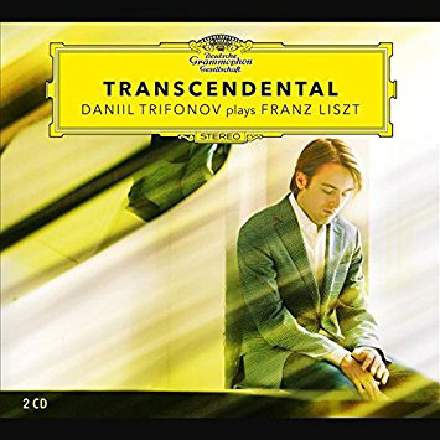 Daniil Trifonov’s tremendous recording of Liszt’s complete concert études was a worthy winner of this year’s Best Classical Instrumental Solo Grammy. (I was, rather unwisely in retrospect, drinking a glass of milk while listening to his astonishing rendition of ‘Gnomenriegen’. There’s a QWERTY-keyboard cleaning job I never want to have to do again…) One of the crucial issues for any classical recording is the balance between the direct and reverberant sound, something that’s enormously ticklish to manage with just one pair of mics, so most recordists therefore opt to use multiple mic pairs at different distances to afford some mixdown control over the depth perspective. This isn’t just an arse-saving measure, though, because it allows you to adapt the degree of close detail and reverberant expansiveness to suit changes in the music, which is something I think really pays dividends in this production.

As it happens, the CD’s booklet and trailer video both clearly show the multi-mic system they used, comprising three small-diaphragm pairs that I’d eyeball as being roughly 2m, 5m, and 10m from the hammers respectively. (There’s also a large-diaphragm mic hovering around the tail of the instrument, presumably for an alternative tonal perspective.) If you use your DAW to skip around the timeline of, say, the final A-minor étude, I think you can hear the mix engineer rebalancing those mics in response to the contrasting demands of the Theme and its 11 Variations. To my ears, Variations 1 and 4 feel appreciably more present and detailed, for instance, with less room ambience, better to allow their delicate rhythmic intricacies to shine through, whereas the sound becomes more open and resonant for the grandiose chordal sweeps of the closing Variation 11. The transition between Variations 4 and 5 is also interesting, given that they’re both at a similar dynamic level, because it feels to me as if Trifonov can’t be solely responsible for the softer tone and additional sustain of the latter.

Where the recording method pays off most handsomely for me, though, is during Variation 6, where the music’s sheer machine-gun speed and chordal density usually renders it a bit of a mush in most real-world concert situations, to be honest, no matter how clear the player’s articulation. Here, the ambience manages to maintain impressive warmth and width, but with every staccato clear as a bell and the sporadic action of the sustain pedal thrown into dramatic relief.

Another intriguing aspect of the recording setup is that the left and right ‘close mics’ are each actually two separate mics taped together in a vertically aligned bundle. None of the pictures show enough detail to identify the mics exactly, but they do look like they’re from the same manufacturer, so I wonder whether they’re some implementation of the Straus Paket (named after recording engineer Volker Straus), whereby you mix the signals of coincident cardioid and omni capsules to generate a variable sub-cardioid response. Again, this would potentially provide further post-production control over the depth perspective, so I could see the appeal.