Freak Of The Week 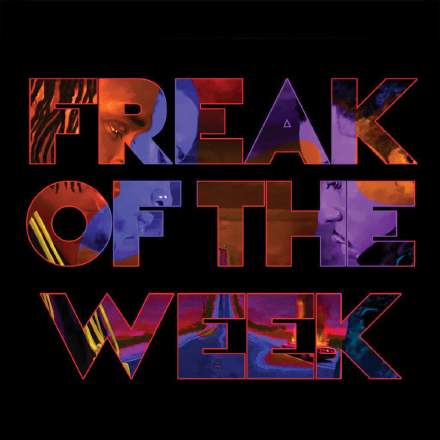 Crucial to the appeal of this production is its sparseness, which focuses maximum attention on the vocal performances. This is always a high-risk strategy because it puts the onus on everyone involved to make the most of each vocal part, but it’s carried off with confidence here. One of the secrets to this success is that each vocal part has such a distinct and identifiable character. Contrast, for instance, the mid-rich monotone of the main hook with the rather scooped timbre of the first rap at 0:30. Not only is there the spectral difference, but the rap kicks off with a much more understated and intimate delivery that gives the voice a whole different flavour. The second rap has more aggressive projection, a narrower, more presence-boosted mix presentation, and none of the first verse’s subtle double-track stresses. And finally the “she’s so freaky” backing vocals introduce a new breathy delivery and overtly layered production sound. I can’t tell you how many project-studio hip-hop productions I hear that (whether intentionally or not) have no more variety in their backing arrangement than this, but then fail to do the necessary work to sustain the interest vocally.

The other thing that catches my ear here is the beat programming. Although the restricted number of rhythmic elements gives the impression of extreme simplicity, they are deftly deployed in different combinations to provide variety from section to section. Take the “freak of the week” hook, for instance: at the outset it appears without any beat at all; by 0:25 the snare has joined in; at 1:11 and 2:11 the snare is replaced by the off-beat “hey” group shout; and then both appear for the final statement at 2:52. I also particularly like the way the beat is bereft of any upper percussion most of the time, allowing lots of vocal detail to shine through the mix. Even when the great little stuttering hi-hat part arrives at 1:01, it has such a wonderfully soft, understated timbre (which sounds like it’s been flanged or something), that it doesn’t in any way distract from the lead part — and its disappearance, along with the kick, four bars later neatly highlights the onset of the hook.