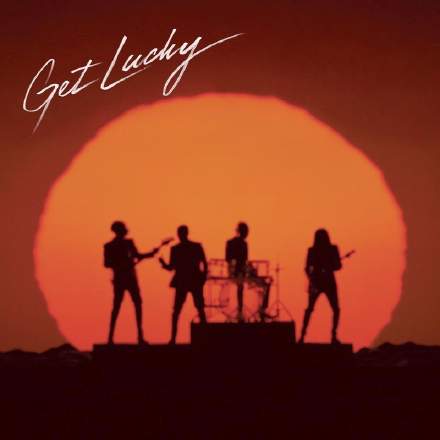 Lots has been said about the production values of Daft Punk’s album Random Access Memories (not least in this Sound On Sound magazine interview), so any budding engineer owes it to themselves to give at least this single a considered listen. Most chart-oriented tracks these days are constantly hitting you over the head with sudden, extrovert arrangement changes designed to retain your attention, so the laid-back and groove-oriented approach of ‘Get Lucky’ already marks itself out as unusual. However, shifting the instrumental textures as subtly as this between sections would probably have backfired had Daft Punk not employed the services of so many talented live musicians, because it’s the human nuances of their performances that really help to keep the listener’s interest, I think: in particular Omar Hakim’s sensitive hi-hat and cymbal work, Nathan East’s funky bass grumblings and Nile Rodgers’s nimble guitar rhythms.

For such a clear-sounding mix, there’s also an impressive spaciousness, even though the effects appear to have been added with a pretty light touch. The hint of live ambience on the drums is part of the magic formula, I think, as is a well-defined contrast between the centrally located kick/bass/guitar axis and the wider piano, keyboard, reverbed backbeat and panned vocal layers. The minimal-feedback eighth-note delay on the vocals is another key feature for me too, giving a clearly audible ‘effected’ character with very little ‘tail’ to clutter the mix between phrases.

For dance music afficionados, the way the kick and bass fit together will naturally be a subject of some debate. A classic disco approach is to give the kick its power base around 50Hz, with the bass part concentrating on the 75 to 150Hz zone to transmit a sense of warmth and fullness. While that model appears to have been adopted here in general, Daft Punk have also taken advantage of the extended low end of modern digital playback media, allowing significant sub-bass energy from the bass line to underpin the kick — whether it’s coming directly from a DI’d five-string bass or has been added surreptiously from some kind of synth or subharmonic processor at the mix, I’m not sure.

The 350Hz zone is crucial to this bass tone as well, providing that tasteful ‘growl’ that pulls the player’s melodic contributions forward in the mix and really helps define the sound on smaller speakers. That spectral area is very much a danger zone in terms of low midrange muddiness, though, so it’s no surprise that the bassless sections on the longer album version reveal that the other backing parts have been deliberately designed and/or EQ’d to keep those frequencies fairly clear for the bassist’s use.