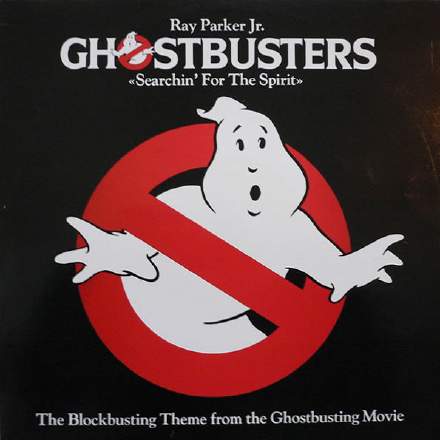 This is one of my very favourite ’80s singles, and a production that’s aged pretty gracefully by virtue of avoiding the excessive layering and effects that blight many of the era’s other big sellers. Despite Parker’s economy of means, he’s clearly worked hard to inject musical development into each part. The open hi-hat fill every two bars shows this at its simplest, whereas the kick, snare and tom fills show a bit more variety, especially during the “I ain’t afraid of no ghost!” B section. It’s also there in the synths, which are more varied than you probably recall. The opening one-bar bass riff ends differently every second bar, for instance, while the two-bar melodic hook four bars later subtly extends its own second iteration. During the verses, the right-channel synth chords add an extra eighth note every four bars, and move to a higher register for bars seven and eight. But my favourite example is the B section’s polyrhythmic synth-plus-guitar riff: alternate iterations appear in a new harmonic context and the final one shifts the synth up a third (out of unison with the guitar) before propelling it to the tremendous high B at 1:02.

That line exemplifies something else characteristic of this song: modulated synths. Not only is that B-section riff saturated with vibrato, but there are extrovert pitch fluctuations in the opening melody (0:26), more vibrato on the synth lines during the breakdown sections (2:01-2:17 and 2:34-2:51), and a gentler modulation on the string-like pad at 1:03 (which also features in the B section). The layering of guitar and synth is another highlight, particularly the left-right interplay between the verse’s rhythm guitar and synth chords, and the way the B section’s guitar doubling gives that line a humanity and attitude that might otherwise have been lacking.

Back in the day, Huey Lewis sued Parker for plagiarism, claiming he’d infringed his song ‘I Want A New Drug’, though since it was settled out of court no verdict was reached. Now, I’m no fan of ripping off other people’s arrangements, but I honestly don’t think Lewis can take much credit for Parker’s success here. Yes, the opening bass riff, drum pattern and harmonic progression of ‘Ghostbusters’ all bear a strong similarity to those in ‘I Want A New Drug’. However, that riff isn’t the lead vocal line or lyrics and, despite Parker strengthening and embellishing the bass' melodic contour, it’s far from the strongest hook in ‘Ghostbusters’. Also, Lewis' drum pattern is totally generic and the bass riff actually amounts to little more than the root notes of a classic mixolydian bVII-IV-I chord progression — that’s widely used in folk and rock music — so it feels a bit of a stretch him claiming much ownership of those elements. To put it another way, should Lewis be liable for the strong similarities between ‘I Want A New Drug’ and Van Morrison’s 1964 song ‘Gloria’? Finally, I can’t see what commercial damage ‘Ghostbusters’ can have done to sales of ‘I Want A New Drug’, because they’re totally different songs. In fact, it wouldn’t at all surprise me if all the brouhaha had driven a few more punters in Lewis' direction.