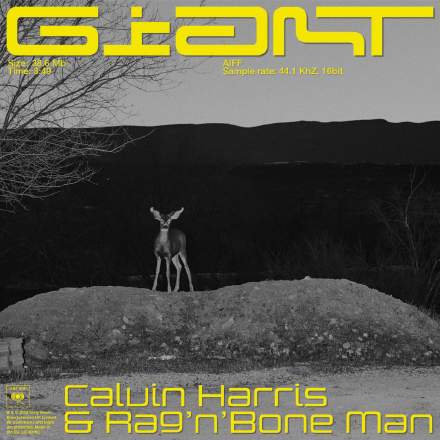 Finally! Ever since the success of 'Human', I’ve been waiting for some big hitter in the EDM community to take advantage of Rag’n’Bone Man’s extraordinary vocal timbre, and it only adds to my respect for Calvin Harris (of whom I’ve long been a fan) that he’s the one who’s stepped up to the plate. And, as I’d hoped, the producer shines plenty of spotlight on his star vocal, during both the verses (0:01 and 1:18) and the breakdown (2:45). Part of me does wish he’d resisted the urge to layer the vocal so heavily elsewhere, though, as this inevitably homogenises the sound to an extent, obscuring some of the grimy details that feel so central to Rag’n’Bone Man’s appeal, as I see it. Still, it’s a testament to the character of this particular vocalist that so much passion and expression continues to be communicated nonetheless.

What’s especially great about this production, though, is that Harris doesn’t just sit back and bask in the radiance of his vocalist’s unique talent, but instead delivers instrumental material that would arguably have been strong enough to carry the track without any help from a singer. That brass-stab hook at 1:03 is as fat as hell, and I love the way the notes aren’t over-short — especially the fourth and fifth ones (both quarter notes), which have great rhythmic punctuation to them, but also enough duration to remain satisfyingly meaty. There are some other lovely nods to classical instrumentation too, for example the reverse piano leading into verse 2 and the cello and double-bass harmonies that follow it.