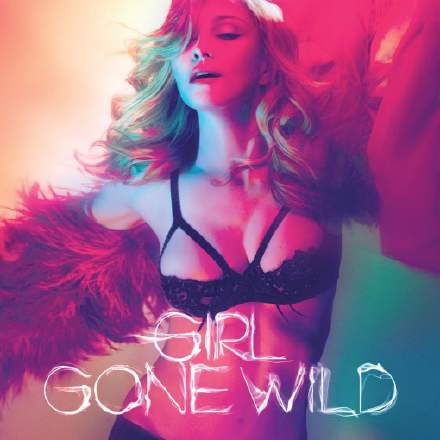 There’s a lot I like about Her Madgesty’s latest offering. The beat motors along, with plenty of chunky synth sounds and enough arrangement jiggery-pokery to keep grandma from nodding off. I’m also pleased that the dog-bothering brightness of her last album, Confessions On A Dance Floor, appears to have been tamed for MDNA, which makes it a more palatable listen if your playback hardware happens to cost more than its faux-calfskin carry case.

I do have some reservations about the way the lyrics are delivered, though — beyond the oddness of getting a virtual come-on from someone old enough to be my Mum! The first issue is that there are a lot of hard-panned double-tracks going on, without any clear voice from the centre. This is perfectly acceptable in stereo, because the resulting vocal image is still evenly balanced between the left and right channels. However, if you go to mono, the combined vocal tracks take on an obviously double-tracked tone (akin to a chorusing effect) that’s not apparent in stereo, and the relative vocal level also decreases significantly.

The fact that the vocal balance, even in stereo, already seems quite unpredictable doesn’t help either, as the lyrics therefore rely quite heavily on their stereo separation to maintain intelligibility — another reason why they suffer in mono. If you want to hear what I’m talking about, check out the second verse (1:45-2:00). To start with, the lead vocals aren’t exactly super-clear in stereo, but really get lost in mono. Then from 1:54 the vocal levels suddenly leap forward in the balance for no decent reason I can fathom, making the backing feel rather dwarfed in stereo.

None of which is helped by the nature of the vocal line itself, which chooses to put its stresses directly on the beat most of the time, thereby maximising the degree to which important consonants are masked out by the drums — probably most damagingly on the title hook. I can only assume they’re not banking on anyone buying a Madonna record for the lyrics. Maybe it’s just me, but I couldn’t help snorting with disdain at this one in particular: “Don’t play the stupid game, I’m a different kind of girl / Every record sounds the same, you gotta step into my world.” Even putting aside the oddness of Madonna referring to herself as ‘girl’, it’s also a trifle rich saying that “every record sounds the same” while simultaneously perpetrating one of the most tired-sounding rhymes in modern pop, namely “girl” with “world”. Maybe it’s some kind of knowingly post-modern ‘so twee it’s cool’ thing. That’d be a convenient explanation. Rather than ‘so lazy it’s comatose’, say…