by Maroon 5
feat. Cardi B 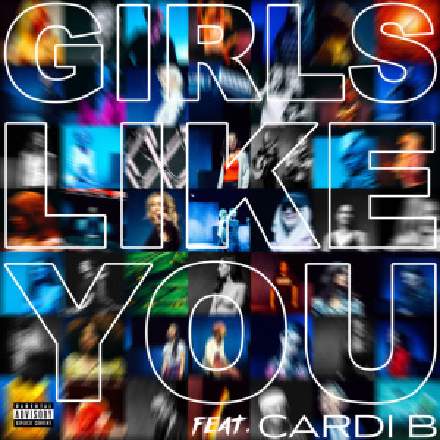 This fantastically nuanced Serban Ghenea mix seems somehow wasted in service of such a superficial song, but at least it should ease the discomfort of any audio engineer stuck in a lift with it! There’s so much going on that I could write pages about it, but here I’ll focus on the guitar riff that kicks off the song, and more specifically how it evolves. It’s inherently a cool piece of audio, making a feature of the variety of the picking technique and the selection of interesting mechanical noises — something many engineers (me included) would probably have toned down to the detriment of the groove. There’s also some kind of wonky-sounding 32nd-note tempo delay mixed in, which is especially nifty when hit by the longer pick-scrapes. Then we get a sudden low-pass filter shutdown (more noticeable due to the guitar’s significant high-frequency hiss) just as the rhythm pattern hits its third iteration. This not only keeps the attention but also clears the upper spectrum for Adam Levine’s entry soon after. The filter action changes pace, slowly rising through the first verse (a device also used very effectively in Katy Perry’s 'Wide Awake').

The first chorus brings another change, though it’s unclear exactly what it is. Perhaps a double-track? Some stereo chorus? A short ambience reverb? Whatever it is, it seems to fill out and homogenise the sound tonally, as well as spreading it wider. A hint of octave-up doubling becomes much more obvious as we move into the second half of the chorus at 0:54. Again, though, is this a tightly edited double? A pitch-shifter? Who knows, but the sound’s already miles from where it was less than a minute earlier. The second verse doesn’t reset to the sound of the first because some of that upper double remains, but it still pulls things back enough that a similar ‘opening out’ used at the start of chorus one can work midway through verse two. With the second chorus, a touch of hall expands the sense of space another notch so that the middle section can strip things right back down to dry mono, highlighting the one moment the guitar breaks out of its riff into simple chords, and setting the scene for a new guitar-sound build-up into the end of the song.

And that’s just one element of this production! Check out the drums, the synths, or the vocals and you’ll find the same inventiveness and detail, all in service of the song’s forward momentum. Whatever Ghenea’s raking in these days, you can’t say he doesn’t work for it!