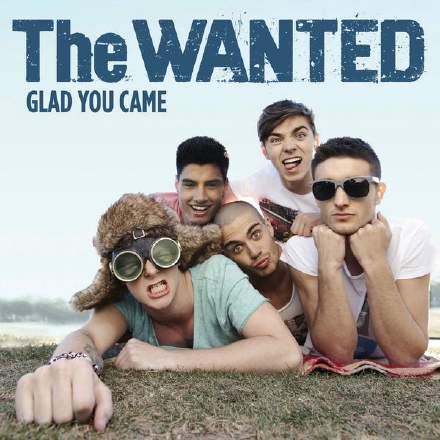 This track showcases a production principle that’s so simple that you’d think it would be self-evident, but I’m constantly surprised how often budding dance-pop producers forget it: if you want clear-sounding lead vocals, try not to put thick, fizzy synths against them. In this case the most aggressive synth/accordion texture only appears three times in the track (0:19-0:34; 1:20-1:35; 2:20-2:50), where there are no critical lead vocals. Listen to any of the sections where the lead vocals are in the ascendant, and the synths are actually surprisingly muted-sounding. To get an idea of what would have been lost if the full-fat synths had let rip during those vocal choruses, check out the “glad you came” vocal hooks that appear in the final all-guns-blazing section from 2:20. If you compare these against the vocals in the chorus preceding it, it should be pretty apparent that they’re considerably less clear and upfront-sounding on account of heavy frequency masking by the synths.

Now I imagine that a lot of musicians would almost instinctively have brought in those main synths for the vocal choruses at 1:05 and 2:05, in order to give those sections maximum impact, and this wouldn’t just have resulted in less effective vocal transmission: the longer-term mix dynamics would also have been compromised. How would you get the following instrumental section to sound like it’s building on the chorus when you’ve already thrown your biggest punch? As it is, the lack of the enormo-synths in the vocal chorus provides an almost tangible sense of tension — of something being held back — which serves to give an extra impetus to the synth hook when it does finally kick in properly at 1:20 and 2:20 respectively. Simple and elegant.

In addition to those arrangement devices, the extreme stereo width of some of the synth pads also helps differentiate them from the vocals, and of course drops them in the balance in mono. In this context, it’s worth noticing that the main synth hook riff has a stronger stereo Middle component than the rest of the synth pads, which stands to reason given that it makes sense for this hook to survive better in mono. It’s also surprising how little of the drums/percussion makes it into the Sides signal – the drums are effectively mono, with the exception of what sounds like a little high-hat reverb and some hand claps.

Finally, is that a dodgy vocal edit on the last “will never be the same”? There’s a strong suggestion of “th-the” about it. Alternatively, perhaps it’s some kind of pitch-correction artefact, as there’s clearly plenty of that kind of processing going on too. The previous “u-universe” sounds odd too, as well as several word-onsets in the intro: “The sun go-oes down, the sta-ars come out, and all that comes is here a-and now”. Whatever the reason for these lumps and bumps, I wouldn’t have been happy to leave them that way myself…