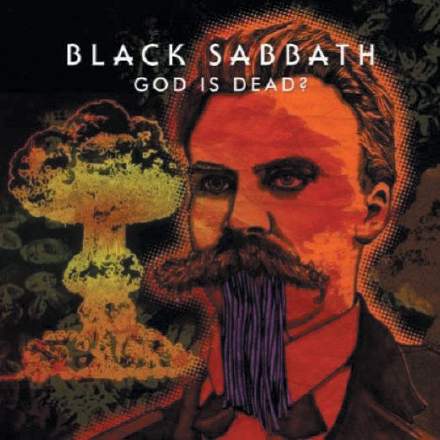 Having read this Sound On Sound magazine article, I was keen to hear the final results — and they didn’t disappoint! It’s particularly impressive how heavy the band sound, given that most of the time we’re effectively hearing a drum kit, a bass, and one guitar (assuming Andrew Scheps‘s published Pro Tools screenshot is to be believed). Any three-piece band presents a problem in stereo, though: if you don’t pan anything you get clutter in the centre of the stereo image, but if you pan the guitar to one side it imbalances the mix’s overall image. In this case, Scheps has squared the circle by panning the guitar multi-mic signals to the left and right extremes, thereby spreading the instrument right across the panorama, and there’s no denying the impact of this in stereo. However, this mix also neatly demonstrates the drawback of doing this in terms of mono-compatibility, because the guitars really take a hit when the stereo channels are summed, becoming both much quieter and quite a lot duller. Personally, I think this is a pity, because I reckon there might have been a better compromise to be struck here by using some kind of variable phase shifter in one of the channels, given that the guitars in the mix’s Sides component actually seem brighter and louder than those in the Middle component.

One other thing I noticed in the Pro Tools screenshot was a series of unused audio snippets at the start of the song, just above the vocal tracks. Only one of these (the purple-coloured ones labelled ‘Zombies’) appears to have made the final cut, and only at a tastefully restrained level if it’s the howling noise you can hear during the song’s cleaner-sounding intro/verse sections. Given that I’d never in my life have imagined using the words ‘tastefully restrained’ about anything with Ozzy Osbourne’s paw prints on, I can only feel the deepest respect for producer Rick Rubin! It’s so easy to over-egg atmospheric sound-effects, leaving the listener little scope to use their own imagination, whereas here you actually have to flex your hearing muscles a bit to disentangle the howls from the guitar overtones. Did you really hear that, or just imagine it? And are you now starting to hear other things which really aren’t there? As with many great horror films, what’s most unsettling is what isn’t shown, not what is, because each viewer populates the shadows with the products of their own nightmares.