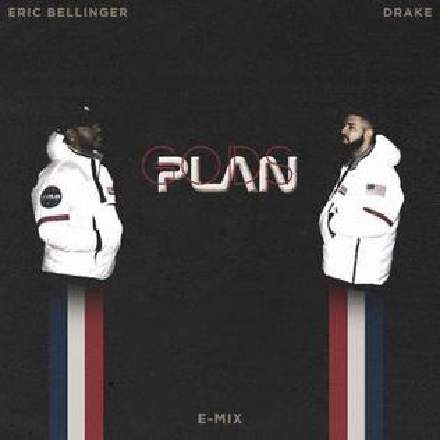 One of the difficulties of hip-hop production is that everyone wants huge kick and huge bass, but if both those elements are enormous then you quickly end up with a woolly combination that eats up way too much level headroom. One workaround is using strategic EQ cuts to clear selected low-frequency pockets in the kick-drum sound for the bass to inhabit, but then also making sure that the kick always hits while the bass is playing. This creates a kind of illusion whereby the kick seems more solid than it actually is by virtue of the bass filling the gaps in its low-end spectrum. However, problems can arise with this scheme if the kick is ever called upon to appear on its own, whereupon it may sound uninspiringly thin. What’s very cool about this Drake track, though, is how the sound design and mix processing have squared that circle, so that the kick still sounds great even when the bass drops out at 2:41.

Part of the secret here is that the pitch range of the bass synth is pretty restricted when it’s layered with the kick, so that its powerful fundamentals occupy a well-contained 50-65 Hz region. No surprise, therefore, that the kick-drum timbre exhibits a corresponding divot in that spectral zone. However, the kick-drum still offers a good dose of beautifully controlled sub-40Hz energy, which is tight enough to avoid any sense of flabbiness, but simultaneously powerful enough to counteract a sense of low-end loss when the bass vanishes.

Notice also how the kick all but disappears when the bass line drops down the octave at 0:50 and 2:05. It seems that either the kick has been muted to avoid its low-end conflicting directly with the sub-35Hz bass fundamentals, or the bass has shifted register to allow the kick to be muted for arrangement variety, without sacrificing the texture’s apparent low-end extension. Either way, it works for me.