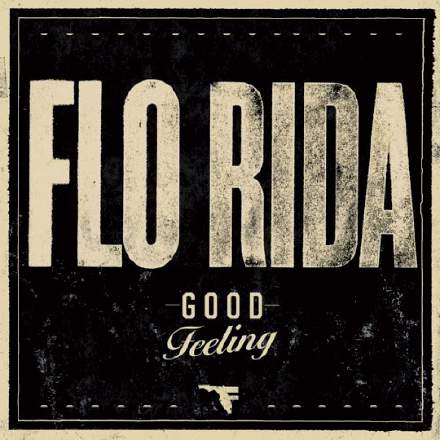 Two recent hits have featured the same Etta James sample (taken from her rendition of ‘Something’s Got A Hold On Me’), but I’d rather pay money for this track than for Avicii’s ‘Levels’ any day. It’s not that Flo Rida uses the sample any more imaginatively — neither of them are particularly inventive there — it’s the main groove of ‘Good Feeling’ that I think kicks Avicii’s arse, even once you take into account Flo Rida’s higher subjective loudness level and slightly faster tempo. Tastes differ, naturally, so line up 3:34-3:49 of ‘Good Feeling’ with 2:40-2:55 of ‘Levels’ and decide for yourself. If you happen to reach the same conclusion, the obvious question is: ‘What’s Flo Rida’s magic ingredient?’

To my ears, it’s partly the nature of the kick and snare sounds themselves. The layered clap/snare backbeat of ‘Good Feeling’ is certainly much denser than the rather spindly sprinkled clap of ‘Levels’, but the kick also seems significantly tighter. Sacrificing some pure LF level and sustain in return for a deeper arrangement ‘pocket’ between hits makes the groove seem lighter on its toes to me, leaving the more powerful and sustained low end of ‘Levels’ sounding rather sluggish and flat-footed by comparison.

The way the backing track responds to the main beat only compounds this. With ‘Levels’, the main tool used to give a sense of momentum between beats (besides the synth fall-off into beat seven of every two-bar section) is kick-triggered gain pumping, but it appears to be acting too quickly to provide a particularly good sense of ‘suction’ towards each new beat. Flo Rida’s gain-pumping, by contrast, seems much better adapted to the tempo of the track, such that the synths rush up more audibly towards the off-beat.

The pumping feels a little deeper, too, which might partly account for my impression that both kick and snare come across more clearly (deeper gain-reduction on kick hits means that it suffers less from frequency masking). However, I suspect that two other factors are also responsible for this subjective effect. Firstly, the main synth riff has an eighth-note gap programmed into it on every snare hit, unlike that of ‘Levels’ (or indeed its own beat-less drop sections at 2:28 and 3:19, which seem somehow to throw the tighter main groove into sharper relief). Secondly, there are some definite reverse-envelope synth layers in there which build towards, and then cut dead on, each snare hit.

None of these differences might amount to much on their own, but their combined effect on the urgency and excitement of the groove is pretty compelling — for me, at least. And the good news for anyone chasing Flo Rida’s sound is that the techniques I’ve mentioned above can easily be applied in even the simplest DAW system if you keep your wits about you.

Before we leave this production, though, let me just flag up one other little point of interest during Flo Rida’s ‘ooh look, there’s a bandwagon!’ half-time break at 2:49-3:04. (To be fair, I’d say this particular instance knocks spots off similar dubstep stunts I’ve heard recently on Alexandra Burke’s ‘Elephant’ and Madonna’s ‘Give Me All Your Luvin’'.) The upper-register arpeggiations here feature high-speed square-wave auto-panning as a stereo widening effect, which is something you don’t hear that often. The advantage of this method of widening is that it doesn’t result in tonal changes when summed to mono — most other mono-to-stereo expansion tricks either produce a chorus-like effect or suffer from comb-filtering when heard from a single speaker. The down side of the auto-panning, though, is that relocating the synth to the stereo extremes makes it recede by around 3dB in the mono balance relative to the stereo, atlhough that’s not a huge deal in this particular context, as it’s not a major hook.

One of the other things I prefer about ‘Good Feeling’ compared to ‘Levels’ is the way it’s more highly saturated with fairly interesting fills. Avicii seems a bit complacent here, for me, with a few slow noise-swish cliches, some kick-drum drops, and minimal drum reprogramming, but Flo Rida’s track keeps me a bit more engaged with each new four-bar chunk. Both verses have nice fills leading in to them (0:36-0:37 and 1:36-1:43), for instance, and although neither is exactly unheard-of-before, they still seem tolerably fresh. I like the little moments of static ‘poise’ on the snares at 0:52 and 3:33 as well, simple as they are. It just seems to me like someone’s thinking a little bit more assertively about challenging the listener.

As for all these dubstep breaks, to be honest I blame Britney Spears’s ‘Hold It Against Me’…