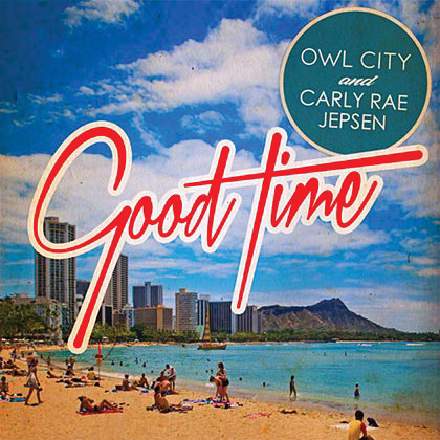 I had high hopes for this collaboration, given that these artists have delivered two of my favourite pop singles of recent years (‘Fireflies’ and 'Call Me Maybe' respectively), but I have to say I was disappointed. Gone are the quirkily inventive song-writing and clear, super-efficient arrangement that set both those former singles out from the herd, and we’re treated instead to party club-pop by numbers. Sure, it’s of a high enough calibre in its own right to have performed solidly on a commercial level, although not a patch on past glories in that respect, either. What’s also intriguing is that both the previous singles also seem to have been mastered slightly quieter, leaving the headroom for a weightier low end, whereas ‘Good Time’ (more in line with typical chart releases) controls the sub-60Hz zone more tightly in order to hit the mastering stage harder. To my mind, though, a significant part of the appeal of both ‘Fireflies’ and ‘Call Me Maybe’ was their more expansive low end, so it seems a bit perverse to remove that for the sake of sheer loudness when sales suggest that the target fan-base may be both predisposed towards extra bass and willing to reach for the volume knob.

Looking on the bright side, though, there’ll always be space in my record collection for the nice finger-cymbal fill just before the second verse! (If you’re also a sucker for those, check out Nelly Furtado’s breakthrough hit ‘I’m Like A Bird’ if you’ve not heard that already…)

One more thing: there’s an example of bitcrusher-style distortion being used to create an upper spectral ‘bracket’ around an essentially dull sound in the main keyboard sound (heard best during the introduction), another recent example being Katy Perry’s 'Wide Awake' (with a different engineer at the helm). Listening again just now, the little synth hook during the intro also caught my attention. It could have been tossed off, but there are nice little pitch-sweeps at the beginning and end, and the sprinkling of vibrato on the final note is another appealing detail.