by The Beach Boys 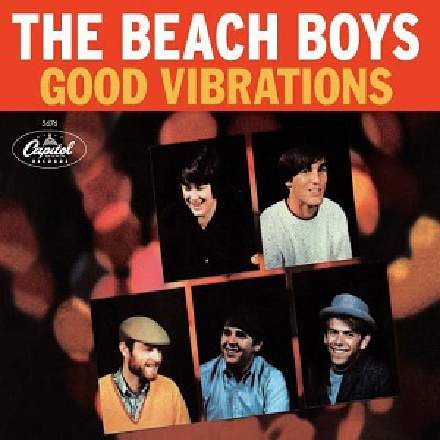 In many respects, this iconic record throws down a gauntlet that few modern productions manage to pick up. How many chart songs can you think of which use a one-drop verse groove with a heavily accented final eighth-note? Or which incorporate multiple tempo changes? Or start and end in different keys? Or even just launch into the first verse right from the get-go, or slowly fade out the lead vocals during a section (as at 2:39)? Plenty of artists have attempted to apply a Beach Boys veneer to the surface of their songs using contrapuntal vocal harmonies, quirky instrumental lineups, and abrupt arrangement transitions, but I can’t help feeling that the potential of many of Brian Wilson’s techniques here remains to be capitalised on.

You also get several harmonic manoeuvres rarely now seen in the charts. For a start, the two verses (0:00 and 0:50) modulate from Ebm into its relative major for their associated refrains (0:25 and 1:16). Look closer and you’ll notice that the verses contrast their falling scalar chord progression ( Ebm-Db-Cb-Bb), with their refrain’s upwards scalar pattern of modulations ( Gb-Ab-Bb), while the song’s outro (from 2:57) oscillates between these two motions in its chain of modulations ( Bb-Ab-Gb-Ab-Bb-Ab). It’s rare enough to find a song that uses a step-wise modulation in any scenario other than the boy-band final-chorus cliché, let alone anything as structurally thoughtful as this.

For all the manifest qualities of this record, it’s important for students of production to remain critical, because ‘Good Vibrations’ has had so much fulsome praise over the years that it can feel like heresy to suggest it’s anything other than a paragon of virtue. Take that second middle section (2:13-2:57). Any section in the middle of your song that sounds, frankly, like an outro is a hostage to fortune, so I wouldn’t recommend any aspiring songwriter using that as a model. Yes, once you’ve got genuinely revolutionary sonics, a killer first-half verse/refrain, and an established worldwide fanbase, you can use that momentum to transform any old counter-intuitive flight of fancy into a hook. Honestly, if that second middle section had been replaced with a brisk bagpipe reel, it’d probably have been equally fêted by association.

Another case in point is the timing. While Wilson’s tape edits work great as an arrangement device, they cause some rather ungainly hiccups in the rhythmic momentum. For instance, the edits before and after the second refrain make the section downbeats at 1:16 and 1:41 feel late, such that the groove stumbles; I prefer the way it sounds if you remove 30-40ms directly before each of those. The downbeat at 2:14, on the other hand, feels like it’s about 30ms too early. And it’s not just editing artifacts either, because the bongos at 1:03 are way out of time with the bass, for instance. Of course, you could argue that these kinds of things are ear-catching in their own right, and therefore all to the good, but again, I wouldn’t personally recommend following that lead if you’re still cutting your teeth as a songwriter.