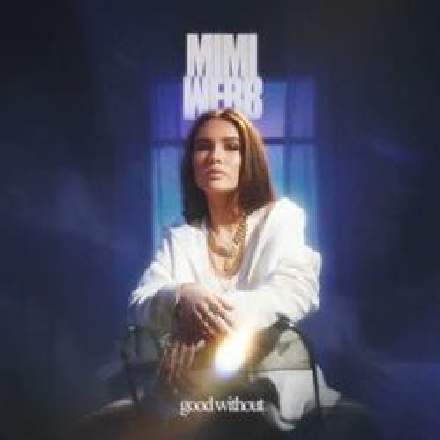 I didn’t feel particularly inclined to spend another three minutes traipsing unimaginatively round I-V-vi-IV, but there seems to be no escaping it in the charts these days. Yes, the harmonic rhythm is more sedate than most, with a good five seconds per chord, and there’s a hint of D pedal note in the D-A-Bm-G pattern, which gives the second chord some Asus4 ambiguity, but it’s fairly slim pickings in terms of anything to get excited about.

As my attention to the harmony rapidly receded, though, I did become more intrigued by the low-end mixing here. You see, the bedrock of this arrangement is the seriously weighty and sustained bass part first heard at 0:48, so it’s understandable that it’s been pushed up super loud in the mix to make a real statement. However, you can hear the downside of this choice at 1:09-1:30, where the taiko-style drum hits feel a bit anaemic by comparison, simply because there’s precious little room in the mix for their normally thunderous low frequencies. In practice, you’re getting mostly an illusion of the taiko’s presence based on its higher-frequency attack definition and fairly restrained 100-400Hz character frequencies. I’m well aware that mixing is often about weaving illusions, but I’m not sure I’d have been willing to make the taiko illusion quite this diaphanous in return for the sheer power of that initial bass entry. After all, I reckon the bass could have gradually been faded down a touch after 0:48 without anyone being any the wiser, leaving more headroom for the taiko hits by the time they arrived in earnest.

And, as it happens, the second verse (from 1:31) provides a great illustration of the advantage of not pushing the bass quite as hard, because the more traditional kick drum that arrives there has a much better sense of low-end power. Furthermore, even when the bass applies more welly from the second prechorus (1:52), the kick still seems to punch through reasonably well. This is partly because the bass remains lower in level, in absolute terms, than it was during the first prechorus (0:48), but I think there’s another factor at play too. If you listen carefully to the bass level, you’ll hear that it’s gain-pumping quite a bit in response to the kick hits, and this helps increase the illusion of low-end kick-drum power by freeing up more headroom for each hit’s low end. In addition, the pumping artefacts subtly imply that the kick’s louder than the bass, and also improve the drum’s sense of rhythmic definition – basically, you could infer the positioning of the kick hits from the bass pumping even if you couldn’t actually hear the hits themselves.