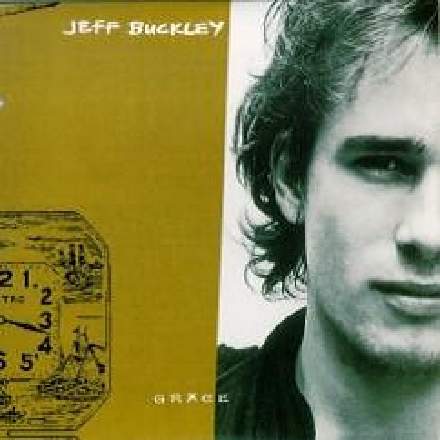 There are doubtless many who would argue that, of all the tracks on Buckley’s album Grace, it’s ‘Hallelujah’ I should be singling out for comment here. Notwithstanding that song’s exquisite combination of Leonard Cohen’s songwriting and Buckley’s performance, however, I reckon the title track has been more influential with production staff. Indeed, I used to work in a big residential studio during the late 90s, and I lost count of the number of engineers whose first order of business seemed to be blasting ‘Grace’ through the studio’s monitors as a quality check.

And I can see plenty of reasons for this. First off, the low end of the kick drum has a weight and solidity that wasn’t too common in the mid-90s, when the pursuit of mass-market translation and loudness had robbed a lot of productions of low end in general. But with that weight there’s also a tightness that a lot of rock producers aspire to even now.

The depth perspective reveals intriguing details on decent monitors too. The kick, snare and toms are very upfront, and if you listen to the stereo Sides signal you can hear the main reason for this – there’s precious little ambience from any of them in the mix. (To be honest, this has always bugged me a little, and I’d have referred them being a little more ‘glued in’ myself, especially later in the song.) The rhythmic acoustic guitar double-tracks are also quite forward-sounding, but then behind them there are more effected guitars and reverberant special-effect sounds that push the rear wall way back. The strings add another dimension to the mix when they arrive at 2:19, a new set of acoustic boundaries that we’ve not been aware of up to that point. And straddling all of that is the vocal, sitting firmly at centre stage by virtue of its warmth and presence, but with a luxurious reverb bloom trailing behind it.

Speaking of the strings, their introduction at the second verse is already canny production pacing, but there are a few lovely arrangement details that really set them apart too: the first being the pizzicato countermelodies at 2:22 and 2:34, the latter ending with an ear-catching glissando curlicue; and the second being the skeletal col legno (bouncing the wood of the bow on the string) during the breakdown at 3:41. I’m also a huge fan of the performances of Mick Grøndahl and Matt Johnson (on bass and drums respectively), which are sadly often overshadowed by what is, admittedly, one of the greatest rock lead vocals of all time. Check out the bass countermelodies at 3:15, for instance, with its decisive move to duplet rhythms with the kick drum at 3:30, or the tremendously detailed snare work during the drums workout at 4:25.

This record was recorded, produced, and mixed by the legendary Andy Wallace, so it’s no surprise to find that the long-term mix dynamics are beautifully judged. Compare, for example, the three iterations of the full-band instrumental section first heard at 0:11-0:25, and notice how each time it subtly, almost subliminally, fills out more each time it appears. Indeed, one of my few personal niggles with the song is that for me that that first iteration feels a little bit ‘hollow’ tonally in the 400-600Hz region, but that’s remedied by what sounds like an extra electric guitar layer for the third iteration at 3:53. To be fair, the hollowness I’m hearing is well designed to accommodate the tonal warmth of the opening vocal lines, and I also wonder whether part of the appeal of my very favourite section of the song (the backing-vocal section at 3:15) is that it finally scratches the itch by filling that spectral trough for me. But it still bugs me…

Harmonically, it’s worth recognising how important the variations in harmonic rhythm are to the momentum of this song. So where the opening instrumental section from 0:11 remains on pretty much the same chord for four bars, the verse (0:26) begins to unsettle things with its alternation of one and two chords per bar, and then the prechorus suddenly introduces the incredibly propulsive chord-per-beat progression with its rising scalar bass line at 0:49. Note also how that harmonic rhythm then halves for the follow bar, and halves again for the bar after that – which creates a very cool kind of ebbing and flowing effect when those three bars are immediately repeated.

Finally, let’s not leave this track before appreciating one of the most celebrated uses of delay-based flanging on record. The comparatively low ‘pitch’ of this instance suggests to me that the modulated delay at the heart of the effect is sweeping between about 2ms and 7ms, and the effect is exaggerated enough that I’m pretty sure there much be a good dose of feedback (from the delay’s input to its output) dialled in too. Part of me does wish that they’d used a stereo flanger, though, for extra trippiness. (If you’d like to turn your own mono flanger into a stereo one, an easy method is just to add an extra millisecond or so to the effect return’s left channel.)

Oh, and if you’ve not seen this astonishing live performance of the song, then drop everything now… (And, could it be? Is that really an AKG C1000 on the snare?! That could be the finest hour of one of the all-time most unloved microphones in project-studio history…)