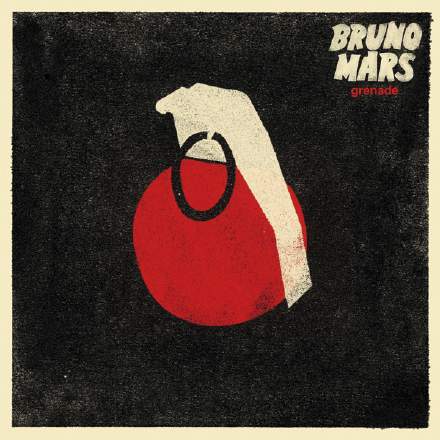 Once I got over how much the piano riff sounded like Coldplay’s ‘Clocks’, what was most notable in this Manny Marroquin mix was the surprisingly bassy kick-drum sound — low end is often very tightly controlled in chart releases, to save on headroom, but here it’s particularly loud and proud at around 45Hz, and the bass is also full-sounding above it in the 60-90Hz region. However, the cost of the powerful kick/bass combination and good vocal intelligibility is audible when the chorus hits: the additional instrument layers required to expand the arrangement at that point have to be pushed very wide in the stereo field to give them any illusion of size without adding too much level or clouding the central instruments. The result is that mono compatibility suffers, with the backing vocals and stereo synths taking a bit of a dive in the mono balance. Whether you think this is a good state of affairs is, naturally, a judgement call, and I suspect that it was no accident here, because a similar situation arises in one of Marroquin’s other recent high-profile mix jobs, Rihanna’s ‘Umbrella’.

Some nice general production touches also caught my ear. The first is the way the second half of the chorus is truncated to give an unusual 14-bar overall duration. Rebelling against the tyranny of the four-bar unit is always a risk in the charts, but when it’s done as smoothly as this, I think it does give the music a lot more character. (For another great recent phrase-extension example, check out the final rapped verse of Eminem’s ‘Love The Way You Lie’.)

Another thing to highlight is that the snare is only added at the start of the second verse. This is such a simple thing to do, and often an extremely efficient way to ramp up your arrangement, but how often have you tried it? The problem is that if you’re used to how your drum groove sounds with the snare in there, it’ll always sound odd to you without it. However, a listener coming to the song fresh won’t have nearly as much difficulty with a snare-less sound at the start of your song, because they don’t have that expectation of it being there. Indeed, if you compare the first and second choruses of ‘Grenade’ side by side, the first begins to sound a bit lame by comparison, even though it doesn’t come across this way in its proper context at the start of the song. And speaking of lining up different sections, it’s quite instructive to phase-cancel the sparse kick+piano section at 1:09-1:14 with the beginning of the second verse (1:18), as this demonstrates how little of the snare drum’s perceived weight is actually coming from the snare sample — most of the apparent low-mid range is actually provided by the kick.