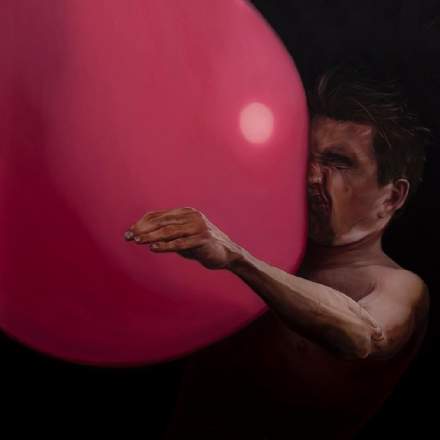 I’m clearly hella late to this party, because the first I heard of Bristol band Idles was yesterday morning, when I spotted their album Ultra Mono perched atop the UK album charts. I duly went in search of what all the fuss was about, and realised how much I’d been missing – what a tremendous record it is! Furthermore, I think it might well signpost a route back to the mainstream for rock bands in general, via the very tactics hip-hop and EDM producers have used to maintain their chart ascendancy in recent years. Let me explain.

It’s understandable that most media outlets have reacted to the band’s instrumental line-up and generally rowdy sonics by labelling them as some flavour of punk. But I think frontman Joe Talbot has a point in saying “for the last time, we’re not a fucking punk band”, given a song like ‘Grounds’. Yes, it’s a big shouty sound with drums, bass, guitars, and lots of garagey room sound. But if you ignore the historical baggage of those attributes, the production ethos actually feels much more in line with pioneering modern hip-hop tracks like Childish Gambino’s 'This Is America' or Stormzy’s 'Vossi Bop', in my opinion. You see, this is a song that’s all about sheer sonics and lyrical attitude, with hooks that depend very little on traditional notions of song, melody, or harmony. It’s a demonstration of the concept that rock music doesn’t actually have to be very musical, and can benefit from exploring the possibilities of structured sound in a broader sense.

And speaking of structure, this also takes a leaf from the modern hip-hop playbook in terms of bucking convention. Sure, it starts off with a kind of semi-traditional verse-chorus-verse-chorus sequence, but then it breaks that mould via the powerful riff-based coda at 1:06, before repeating the whole verse-chorus-verse-chorus-coda ‘module’ and then catapulting onwards into an extended three-section outro from 2:27 – almost like a middle section that should have arrived earlier, but missed its cue! There’s nothing wrong with any of that, though (indeed, I think it’s actually a pretty effective structure), but I wouldn’t exactly call it a pop/rock stereotype!

As for the EDM influence, for me this comes through primarily in the emphasis on sound-design, and I think there’s a line to be drawn between ‘Grounds’ and the creative sonics of artists like Skrillex and Flume. That slow pitch-lurch of the main verse riff first heard at 0:08; the opening five-octave synth arpeggiation; the overdriven bass notes that arrive with the verse section at 1:16. I think the drums have something to answer for here too, because they seem almost to be parodying a drum machine with their simple juggernaut patterns and gated ambience tails – although you could equally notch this up as a hip-hop influence. Likewise the capacious rumbling low end when the synth joins in with the choruses feels like it could hail from either of those styles. (And it’s also quite fitting that the lyric should be “Do you hear the thunder?” there!)

So even though Idles certainly deliver the same rawness and excitement you’d expect from a pantheon of classic sweaty-rock forebears, at the same time I find it inconceivable that this band could have existed in any previous generation, because of the way they seem to have evolved in direct response to the ever-increasing genre-fluidity of today’s music market.

Could this be the future of rock? Well, if you ask me, it should be!