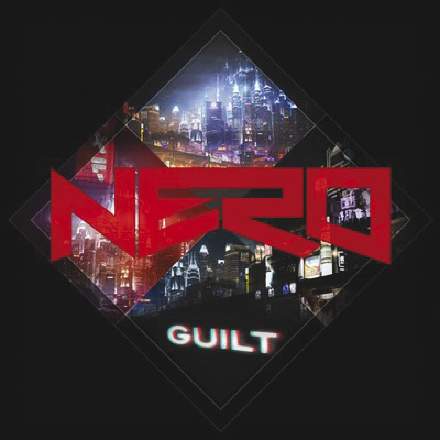 It’s been a long time since any radio single has made me sit up and take notice in quite the way this one does, and I just love it to pieces. That hungry predator of a bass synth; the ponderous beat, which nonetheless seems to surge by at breakneck speed; the achingly poignant song-writing cybernetically implanted into some kind of alien dub-step mutant. It even gives the nod to Bladerunner, for heaven’s sake — what more do you want?! All these applaudable things notwithstanding, though, what I’d like to focus on is how Nero have used various perceptual illusions here to tackle a perennial problem faced by all high-octane dance producers: how can I get my track to sound more enormous than anyone else’s?

Answering this question in practice means conjuring the most convincing illusion of power possible within the same 0dBFS digital output ceiling that everyone has to contend with. Clearly Nero have taken a lead from many other notable dance crossover artists in specifying weapons-grade loudness processing at the mastering stage, but there’s only so far this can take you: either your drums lose definition and level from too much limiting, or they start folding up from too much clipping distortion. All things considered (and assuming that you’ve left any ‘loudness wars’ luggage at the door!) Nero’s drums make a pretty strong showing in this regard, given the target market — although for my money the kick doesn’t take advantage of the comparatively headroom-light 150Hz zone as effectively as things like Pendulum’s ‘Midnight Runner’ or Deadmau5’s ‘Ghosts ‘n’ Stuff’, and it therefore sounds slightly hollow and imbalanced against the snare, especially on smaller speakers.

It’s also pretty much par for the course that Nero should be using audible, drum-triggered level pumping as a kind of psychological substitute for raw level — you can hear the backing lurching down several decibels on kick hits in particular. On the one hand this clears arrangement space for the drum hits so that they can speak more clearly at a given loudness level, and on the other hand it tricks your subconscious into thinking that the drums are triggering the ear’s own internal safety limiting mechanism — in other words that what you’re hearing is dangerously loud! However, I wonder whether Nero could have got more mileage from pumping in this particular track, especially given the prominent fizziness of the upper spectrum. At the moment, what pumping there is feels like it’s a little too short on release time, so that it mostly just pulls up the drum sustain rather than introducing a serious mix ‘bounce’. Again, Deadmau5 gets more value out of this kind of thing, to my ears. Of course, there’s always a danger with heavy mix-pumping effects that you’ll sacrifice the solidity or intelligibility of lead instruments such as the bass or lead vocal, but that needn’t really be a stumbling block these days, when most DAW systems make it comparatively easy to feed some of those signals past the main mix-bus compressor.

The mix’s overall tonality is clearly designed to provide some additional smoke and mirrors too, by giving a heavy emphasis to the frequency extremes. Human hearing becomes more sensitive to these spectral regions the more you turn up the volume knob, so artificially boosting them implies to the listener that the music is being played back at a higher level than it is. Again, there’s a long (and not entirely noble) history of this in all music styles wherever perceived loudness has been deemed an advantage, but even within this context, ‘Guilt’ pushes things rather too far for my liking, sacrificing so much of the low mid-range body in pursuit of subs and sizzle that the illusion begins to verge on parody, and the song as a whole becomes a pretty bruising listen at high levels. While I can see the reasoning for providing a higher perceived loudness for casual low-level listeners, doesn’t this become a bit of an own-goal if the real fans can’t crank up their volume controls without wincing?