by The Script
feat. will.i.am 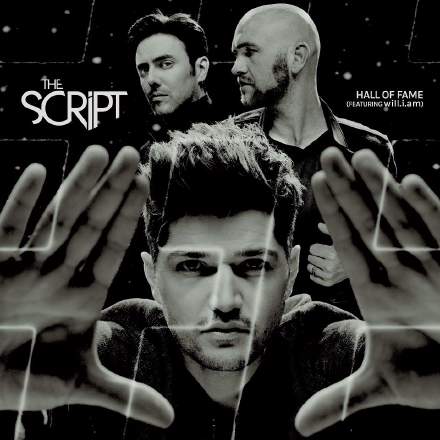 I’m bored to tears by most of the lazy broken-chord keyboard figurations in chart productions, but this intro injects some musicality into that tired formula. Although the piano maintains a16th-note pulse, it doesn’t stick to the same oscillating figuration of the first two beats, but moves to a four-note Bb-Eb-Eb-G shape, returning to the oscillations, but with ‘B’ as the lower note. There’s also a nice syncopated accent just before bar two, beat three, replaced by a 32nd-note mordent during the second iteration (0:06-0:11). It’s just enough to tickle a few neurons into paying attention!

The fragments of compound melody (by which I mean a melody constructed from selected notes of a rhythmic figuration, relying partially on the listener to join it up again) form another point of interest for this riff. The best example is the Eb-D-Eb-F-C eighth-note line that starts on the last eighth note of bars two and four, and later contributes an important hook to the chorus. There are other 16th-note snippets with a whiff of melody, too, the opening Bb-A-Bb-G, for example, and there are some nice implied suspensions in the harmony, such as the D-Eb motion between notes six and 10, and the E-flat that sustains from the end of bar one/three and isn’t directly resolved until the second half of bar two/four.

Rhythmic niceties are scattered all over the vocal parts, too, such as the shift of emphasis when “hall of fame”, which opened the chorus by starting on the fourth beat of the bar, closes it by landing on the third beat. The syncopation of the “ooh” backing vocals is subtle, but surprisingly effective, and there’s will.i.am’s expressive tempo-drag on “don’t wait for luck” (0:40), the sneaky syncopation on “go banging on his door” (0:31), and his momentary hiatus before the second chorus with “be a day” (1:27). So many good things.

Another thing I like about this production is the ghosts and ruffs in the drum programming. There are some separate marching-snare-style parts audible at 2:14-2:24, and it might partly be layering of these I’m hearing, but I suspect it’s more than this. The role the vocals and bass take in defining the sixteenth-note metric divisions is also interesting, as this is the kind of role normally giving to things like percussion – there’s only a suspicion of that in the hi-hat part here. A nice idea to recap verse one as a chorus extension at 2:49 too – quite uncommon that, I think.