by The Ting Tings 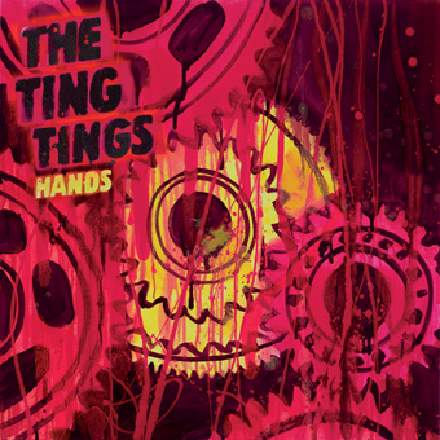 Being nostalgic by nature, I was immediately attracted to this song’s turn-of-the-’80s influences, but have since noticed something else interesting about it: whether by luck or design, the Ting Tings have allowed many of the vocals to remain out of tune with the track in a very effective way — in my opinion, at least. Not only does the wayward tuning give a kind of sneering, Debbie Harry attitude to proceedings, but it also serves to reduce the degree to which the vocals blend with the backing, which makes the singing poke out of the mix more at a given fader level, bringing it closer to the listener. Needless to say, the danger with this trick is that overly sour pitching tends to put off the Auto-Tune-acclimatised modern listener, especially in a chart context. But this is where what the Ting Tings have done is so nifty, because it sounds to me as if they’ve adjusted the tightness of the tuning for different sections of the song, in an attempt to have their cake and eat it too.

For instance, the tuning in the first verse (0:22) feels tighter than that of the second verse (0:44), which makes a lot of sense — there’s less for the vocal to compete against in the arrangement earlier on, and it seems to me that listeners would be most likely to object to tuning vagaries at the outset, when the previous pitch-regimented radio track (Black Eyed Peas, perhaps) was still fresh in their minds. The choruses also seem to follow a similar trajectory: tighter for the first 1:06 and then looser from Chorus 2 (1:51). Then the pitching steps back into line again for the third verse and the end of the middle section, presumably because that’s where the vocal harmonies appear: it’s almost impossible to make vocal chords fit together convincingly if the tuning’s wayward.

Interesting to discover that Calvin Harris was involved, as I’ve fairly recently been road-testing a couple of his Dizzee Rascal productions as potential additions to my own reference library: ‘Dance Wiv Me’ and ‘Holiday’. For my money, I do still prefer the sound of those tracks over the Ting Tings one – if comparing them at all doesn’t seem too bizarre! ‘Dance Wiv Me’ in particular just feels a good deal tighter and more driving, and I don’t think it’s just the different between the WAV and AAC audio quality talking either. Perhaps that’s the input of the credited mix engineers on that track (Cage & Alexis Smith) I’m hearing there.