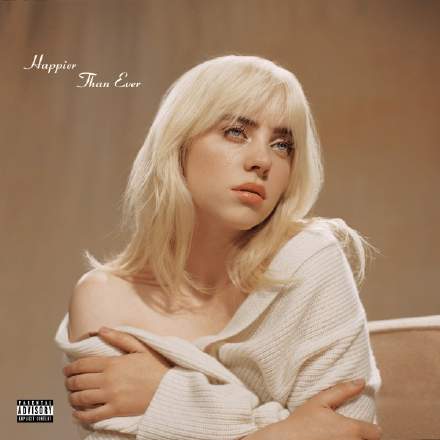 In a sense this song’s harmonies are pretty simple, based overwhelmingly around two quite similar chord progressions: C-E-Am-Dm-G7 and C-E-Am-Fm. What gives it a lot more drama than you’d expect, though, is the way the E chord is major and the F chord is minor, whereas you’d expect E minor and F major chords within the prevailing C major key. In other words, both chords have had their third degrees chromatically altered to the opposite mode. (Furthermore, in the second progression this gives rise to a lovely Bond-esque G-G#-A-Ab line in the voice-leading as an added bonus!) Not that this happens every time, mind you – as I said, the harmony is based around those progressions, but individual iterations vary a little. For instance, the submediant chord at 2:30 is presented as an open fifth, so that the melody’s G gives it much more of an Em feel, whereas many of the minor F chords in the second half of the song are preceded by major versions in the first half of the bar, and the climactic F chord under “alone” at 4:03 has no hint of the minor mode at all.

It’s also quite cool how the vocal line uses the G#/Ab chromaticisms. If we see the first half of the song as a kind of AABBCA structure, then the vocal in the A sections (0:05-0:53 and 1:49-2:18) prominently features the E chord’s G#, but (seeing as this section has no Fm chord) not the Ab. The B sections, on the other hand (0:53-1:31) avoid the G# and feature the Ab instead. So, in sense, although the two notes are enharmonically the same pitch, they each give their section a distinctly different harmonic flavour. And then, for the second half of the song, the lead vocal avoids those chromatically altered notes completely, right up until the crucial G# on “own” at 3:58.

Another fun little vocal-line moment appears just after that too: the series of parallel fifths between the two vocal parts at 4:06, with the lower line on D-C-B-D-C-B-A and the upper line homophonically above it on A-G-F-A-G-F-E. Not only are parallel fifths a bit odd-sounding to Western ears, but the third fifth ( F to B) is also a diminished interval, with the upper note clashing strongly against the underlying E chord – a pretty bold melodic move.

From a rhythmic perspective, it’s as well to point out that we don’t just get a tempo change between the first and second halves of the song – the nature of the time-signature changes subtly too. The first half has a slow 45bpm four/four feel, but with swung sixteenths, whereas the second half is a proper 6/8 compound metre with a dotted-quarter bpm of 54. What’s interesting about this, though, is that in both cases the smallest rhythmic subdivision is effectively a triplet, and it seems to me that it’s primarily the fact that those smallest subdivisions in the first half are faster (swung sixteenths) than those in the second half (eighths) that’s responsible for the different metric feel.

And, finally, it’s instructive to compare the vocal sound in the first half of this song with a more typical mainstream release (try Adele’s recent ‘Easy On Me’, for instance), because it’s surprisingly muffled-sounding. And where many artists these days deliberately dull the backing parts to bring the vocals upfront, it’s actually the opposite here, with the ukelele coming across brighter than the vocal, albeit much lower in level. So how come it sounds like a dull-sounding vocal, rather than just a dull-sounding mix overall? Well, I think it’s probably the background noise doing it, as this strongly pencils in the upper frequency extreme, making the dull vocal feel (quite rightly) like it’s an intentional artistic statement rather than just poor recording technique.

There will doubtless be some discussion amongst mastering engineers as to whether the extravagant distortion during the end section is artistically justified too, although I don’t think there’s much more to say about this than what mastering engineer Ian Shepherd said about ‘Xanny’ off her last album. Personally I have no problem with it at all, because it seems perfectly in keeping with the aggressive emotional message at that point in the track.