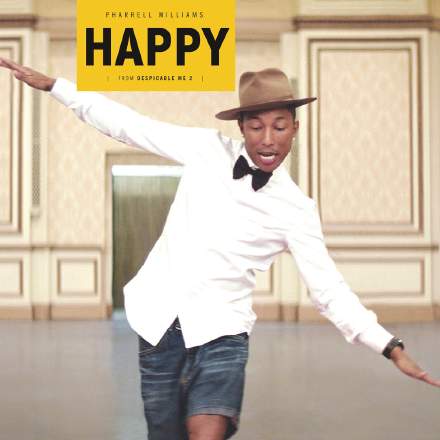 Although I find the repetitive nature of this track rather wearing, that cloud’s silver lining is that it provides plenty of opportunities to dissect the production using phase-cancellation techniques. For example, import this song twice into a fresh DAW project, delay one of the tracks by exactly four bars (264600 samples in this case) and polarity-invert it. Mixing the two tracks together will cancel the repeating four-bar drum loop out of the mix, allowing you to hear the intricacies of the bass playing without interference from the kick part, and unmasking the lead vocal’s high-frequency character and subtle tempo-sync’ed delay from behind the hi-hat.

But that’s just the start. Cancelling the second chorus (1:13) with the first (0:25) reveals that it’s been copied and pasted en masse, while cancelling the third chorus (2:01) with the second shows that the only new addition is some extra backing vocals — which can be auditioned in isolation if you’d like to focus on the internal ornaments and passing notes of the arrangement in detail. Cancelling the fourth chorus (2:25) with the third informs us that Pharrell dropped in just the first line of his lead vocal for a bit of variation — a rather meagre concession, if you ask me, given that we’re hearing the same lead vocal take for the fourth time by this point. At least he bothered to get off his arse and re-sing the fifth and sixth choruses!

The second and third breakdown sections (1:49 and 2:49) are pretty much straight copy-and-paste jobs from the first (1:37), with the exception of the added “happy, happy, happy, happy” vocal embellishment, so once again, you can have a good listen to the way those vocal layers are progressively built up during the eight bars by cancelling the second breakdown with the first. Doing so also highlights that the vibrato on those parts seems unnaturally fast. Perhaps the track’s tempo was rejigged after those parts were recorded? That might also explain why there’s so much repetition — it might just have been the easiest way to pad out the song’s duration to suit a faster tempo.