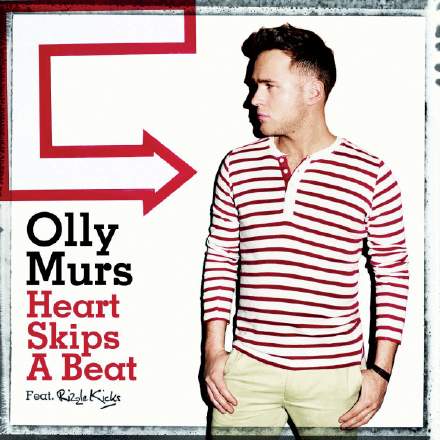 This song pulls one of pop’s classic structural tricks: a pre-chorus extension bar with a hook in it. The hook in this case is the stuttering snare pattern that starts the song, and its second appearance at 0:51 confounds the expectation (clearly established by the five preceding four-bar groups) that the chorus will start at that moment, effectively extending the last unit of the verse to five bars. The reason why this is such an effective device is that when you wrong-foot the listener’s expectations, they immediately pay more attention to what they’re hearing at that moment — so the hook plants itself more clearly in their memory. And whenever you delay the expected onset point of a chorus, it also increases the sense of anticipation in the listener, so that the eventual release feels more fulfilling when it does arrive. (Assuming, in this case, that the similarity with Kim Wilde’s ‘You Keep Me Hangin’ On’ doesn’t bug you as much as it does me…)

What makes this example especially neat, though, is that it takes this principle and builds on it further. So at 2:36, when Olly comes in with the same “You make my heart skip…” line that has twice before signposted the arrival of a chorus two bars later, the producers toy with your expectations again, by further extending the material, adding another bar of filtered ‘skip’ repetitions and a second bar of snare loop. (Incidentally, another recent example of the ‘hook in a phrase extension’ idea can be heard in Alexandra Stan’s 'Mr Saxobeat', although it’s not doubled up later as in this case.)