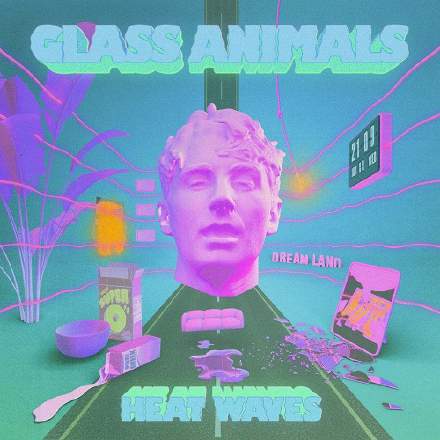 What earthly use is a double sharp? I mean, surely there’s always a simpler way of writing things? Well, not necessarily, as it turns out, because there are some clear situations where double sharps actually make a good deal of sense, and this song actually showcases one of them.

You see, the entire song here revolves around an underlying eight-chord harmonic progression built on the notes of the B major scale: C#m-B-G#m-F#-E-B-C#m-F#. (It feels more modal than tonal, though, to be honest – perhaps C# Dorian?) Well, not quite the entire song, in fact, because the middle section treats us to one chromatically altered chord at 2:45, namely a D# major triad. Now, on a piano keyboard this looks identical to Eb major, and spelling it that way would avoid using a Fx (by which I mean F double-sharp). However, given that the key signature has five sharps in it already, writing an Eb chord would actually be more work, because all three of its notes would require accidentals, not just the third of the chord. It would also kind of imply that the whole chord was chromatic, whereas it’s just the third that’s been chromatically altered.

But wouldn’t it be even easier just to replace the Fx with a simple G? Perhaps, but that would obscure the nature of the chord, which is clearly a major triad – ie. something made up of two intervals of a third, not intervals of a second and a fourth. And it would likely trip up any instrumentalist trying to sight-read it too, because you’d have destroyed the instantly recognisable stacked-thirds shape of the notes on the page. Couldn’t we switch the whole scale enharmonically into Cb major? I suppose so, if you fancy reading the whole of the rest of the piece in a key-signature with seven flats, rather than five sharps. Whichever way you slice it, a double sharp’s still the most sensible option, in my view.

Notation minutiae aside, though, the synth bass on this track is a bit weird, because the low-end power seems to roll off as the pitches get lower – initally, I almost thought it might have been high-pass filtered, because the power of the note fundamentals seems to progressively reduce as the line works down from the top note, C# (69Hz), through B (62Hz), G# (52Hz) and F# (47Hz). However, the bottom note, E (41Hz) then gets a bit stronger, albeit still with considerably less power in its fundamental frequency than the B had. You might argue that the writers are doing this to identify C# as the most important note harmonically, given that its the highest note in the line. But if that were the case, I’d rather they’d just shifted the C# down an octave (to a 35Hz fundamental) and kept the bass power more consistent.

Within this context, the song’s super-quiet intro takes on an additional significance, beyond just being a way of mugging listeners into turning up their playback volume before the song properly kicks in! The thing is, even if you leave your volume knob alone, such a long intro still shifts your ear’s frame of reference away from whatever other song was in the playlist before this one. Which would be convenient if your song’s low end happened to feel slightly underpowered when compared more directly with most current chart releases…

Oh, and one other little detail to check out while you’re here. Have a listen to the mix’s stereo Sides signal during the section 1:42-1:58. Not only do you hear evidence of some kind of vocal widening treatment, but there’s also clearly some kind of slow stereo modulation treatment being applied to the beat’s hi-hat and back-beat layers. In stereo it effectively just works as a widener, so you don’t really hear the modulation occuring, but in the Sides signal you can clearly hear a mild jet-flanger tonality sweeping slowly up and down the spectrum as the left-channel and right-channel effect taps comb-filter against each other.