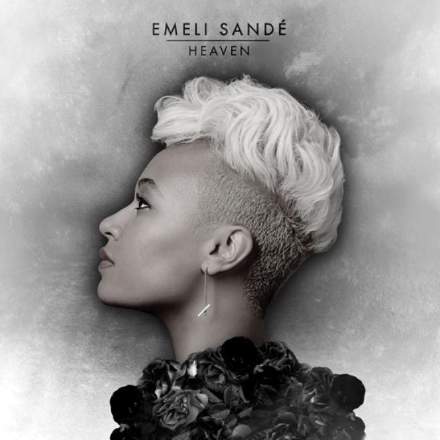 The highlights of this track for me are the warm gospel-choir ‘oohs’ and major tonic chord that uplift “but the day it always lasts too long” each time it comes around. Beyond that, though, this track showcases a few simple arrangement tricks that are very handy in all sorts of styles. The first is simply to use volume swells to give long held notes some direction and realism. For live string players it’s such a natural thing to swell in and out of important chord changes, or to bubble up into empty pockets in the overall ensemble texture (as is particularly noticeable in the first verse here at 0:15-0:44), but most of the programmed strings I hear fail to include such basic musicality. All it usually takes is a little mod-wheel action to make a big difference.

The gentle piano chords might just as well be treated as a part of the string arrangement too, as they’re certainly going out of their way to blend into the texture without drawing active comment — I suspect that they’ve deliberately been processed to remove both attack and high end, and, as such, primarily operate as a means of adjusting the tone and defining the onset moment of each string ensemble chord. You might be surprised how many of the string ensembles you’ve heard on chart recordings are actually supplemented in this kind of way; for example, by harp figurations or undercover French horns. (Speaking of which, are those horns I hear just beneath the surface at 1:11?)

One other nice feature of the string parts during the first eight bars (and also under the “when I’m gone” refrains) is the way the melodic line which starts on G# injects some musical tension into a regular sequence of four root-position triads. The second note, A, strikes a passing dissonance with the sustaining E-major chord, and continues up the scale to provide an upward-resolving seventh motion over the following C#-minor chord. Then bar five treats us to an A# appoggiatura resolving up to the third of the underlying G# minor harmony. None of that is anything fancy, but it’s still enough to add significant forward ‘pull’ to bars two, three, and five. Skilled string arrangers deliberately look for opportunities to create this kind of ‘horizontal’ movement within a song’s chordal voicings, whereas it’s tempting, as a keyboard player, to write string charts more in terms of ‘vertical’ chord configurations (if only because it’s easier on your fingers that way!) thereby weakening their expressive potential.

On a technical level, I think I’d have prefered a little less competition going on in the 3-5kHz presence/harshness region of the spectrum. It’s not too problematic where the snare and lead vocal are pretty much left to slug things out between them, because there’s still enough room left in the ring. However, once the higher strings and BVs start getting seriously involved during the choruses, it all gets rather too WWF for me, and I had to take out 3dB at 4kHz before I could comfortably investigate any higher playback volumes.

This production reminded me a great deal of Massive Attack’s ‘Unfinished Sympathy’, but when I actually lined it up alongside, the parallels were a lot less strong than I’d anticipated – yes there was the string warmth and the piano accents, as well as more of those expressive swells I mentioned above, but that was pretty much the extent of it. Speaking of string swells, though, my favourite string arrangement for this is from Skunk Anansie’s ‘Infidelity (Only You)', so you might want to have a listen to that if you like that idea.

On an unrelated topic, another thing I wanted to say about this song is that I caught Emeli Sandé doing an acoustic version of it on Jools Holland the other day, and it struck me that it was a cast-iron example of a vocal part that only really works properly within the context of a studio production. The problem is that it makes expressive use of the timbral difference between Sandé’s powerful chest-voice and her falsetto, and the live version (which you should probably still be able to find on Youtube) clearly demonstrates the enormous mismatch between the two, both in terms of level and in terms of the way the respective vocal tones can cut through the mix. As a result, the falsetto stuff really struggles in the live balance, not to mention the fact that it’s clearly a considerably strain to perform.

It’d be tricky to know what to do in her position, though, because if she transposed the song to bring those higher notes more comfortably within range, she’d lose that characteristic expression. Maybe she can just ask her live engineer to ride the fader more?