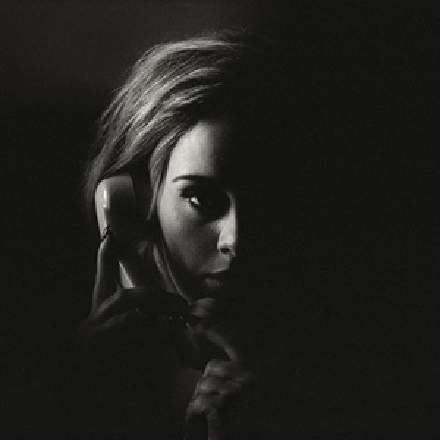 Despite the four-year hiatus since her globe-gobbling album 21, it’s clear that Adele’s lungs have lost none of their mojo! A beautifully measured and nuanced performance this, with lovely little upper-mordent inflections in the chorus, and everything fearlessly spotlighted by the mix sonics. The first thing that struck me timbrally was an emphasis in the vocal’s 9kHz region, which really helps bring it out front. That frequency isn’t that common a choice for vocal boosts, in my experience, with most engineers opting to pump the 3-4kHz aggression or 12-15kHz ‘air’ band instead, where you’re slightly less likely to trigger excess sibilance or general harshness. In this instance, though, it’s an inspired choice, throwing the ragged edges of Adele’s voice character into stark relief. It wouldn’t surprise me, though, if there were some kind of automated EQ going on here, to maintain audibility through the sudden dramatic switches to head voice — for example on “to tell you I’m sorry” in each chorus. The thing with head voice is that it never really generates as much mid-range as chest-voice belting, so unless you enhance the head voice’s mid-range artificially it always struggles to project itself well enough through the mix by comparison, even with the help of fairly drastic fader rides.

But it’s not just the vocal EQ that’s responsible for the clarity of Adele’s transmission here, because the spectral dullness of the backing texture effectively clears the decks for her in the upper spectral octave. Part of this is simply a question of the piano arrangement, which retains a fairly soft playing intensity and low registration to keep it well out of the way of the vocal’s upper frequencies — but crucially without recourse to EQ, which would have made the instrument (and the production as a whole) sound simply dull during the solo-piano introduction. But the spectral contour is so stark in this case, especially during the first half of the song, that I suspect there’s a good deal of strategic low-pass filtering going on too. Indeed, one of the more intriguing processing manoeuvres in this particular mix is the gradual brightening of the backbeat snare drum, starting very dull with the second verse at 2:02, then opening out a touch for the change of snare sound at the second verse (2:39) and slowly revealing more mid-range ‘boosh’ by the beginning of the middle section (3:27), until we finally get our first real sense of snare wires during the fill into the final choruses.

Mind you, the vocal tuning feels like a shot in the foot. My general gripe is that the choruses have been so scale-nailed that she honestly starts sounding like she’s ripping off Rihanna! This restricts the emotional range of the choruses unpardonably, creating a situation where they’re outshone by the verses — rarely a great look in pop-production terms! But for me the biggest over-correction crime is during the second verse, where the hideously artificial-sounding pitch warbles on “so typical of me to talk about” fractures the illusion of authenticity and sincerity that the song has so far conjured up — an illusion that’s a cornerstone of Adele’s appeal. She’s already a star — you really don’t have to polish that hard.