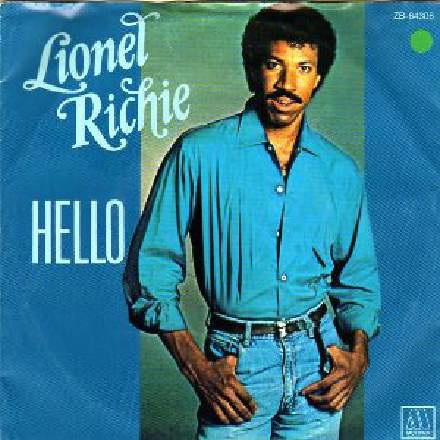 Adele’s 'Hello' shares a title but precious little else with this ’80s smooch-a-thon, which helped propel Lionel Richie and his perma-rolled sleeves into the pop stratosphere. Returning to the song after all these years (and trying to put that hair/moustache combo out of my mind), I was actually surprised by how well the production had aged. Yes, most of us nowadays would shelve a bit of HF off the reverb returns and fade those synth string pads down 6dB, but all the main backing instruments still sound great, with none of that plastic trebliness that so many ’80s artists tried to pass off as ‘modern hi-fi’. The acoustic guitar that arrives at 0:39 is gorgeous, for instance: very delicately played so that you can really hear the string sustain in the mix, but with great care clearly taken to avoid mechanical noises becoming a distraction — no mean recording feat. The bass and clean electric guitar are likewise paragons of virtue in sonic terms, boasting richness, clarity, and (crucially) not a trace of ham-fisted chorusing. Likewise, although the drums are doing their best to sound like samples with their super-discrete panning, at least they’re not submerged in nasty synthetic reverb. If anything, they’re surprisingly up-front, giving as much of a nod to the ’70s as to the decade in which they were recorded.

But the forgotten highlights of this production for me are all those great synth details. The recirculating twinkles that start the song and then adorn the closing word of every chorus. The gossamer arpeggiations that flutter over “kissed your lips a thousand times” in the first verse, and reappear for “heart will overflow” in the second. And the intriguingly sporadic flutey D-E-A fragment in the run-up to the solo.

Harmonically, this song’s calling card is, of course, the chorus’s complete falling-fifth cycle of root notes within the home key of A minor. Heaps of composers have used this device, but what tends to differentiate their approaches is how far they stray from the key scale during the cycle. In this case, Richie first chooses to spring a surprise C# on us as the cycle starts, by following “Is it me you’re looking for?” with an A major chord, then resolving to D minor and continuing the pattern through G, C, and F major chords. But the real signature moment is where he flattens the supertonic root chromatically to produce a momentary Bb major sonority, only to snuff that out a moment later with the jarring first-inversion E major dominant chord (giving rise to a splendid diminished-third bass progression from Bb to G#) that pulls us back to A minor.