Highest In The Room 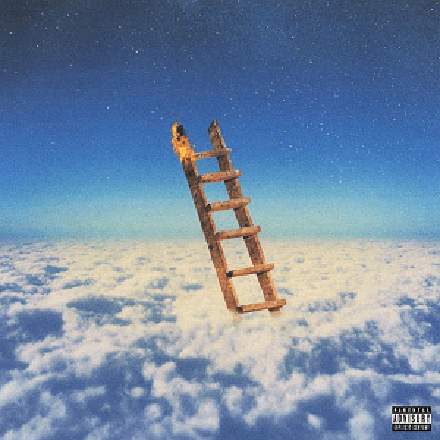 This is one for the space cadets, with a Theremin-style lead synth reminiscent of Portishead’s ‘Mysterons’ (from one of my all-time favourite albums). It also sounds to me as if the backdrop to that synth line is a slowed-down version of the guitar phrase sample that arrives at 0:12, which further intensifies the trip-hop nostalgia!

This mix has bucketloads of sub-40Hz bass, so you get a very different listening experience on smaller listening systems. I’d worry more about this translation issue in some productions, but here there are enough distortion components coming through from the bass line to make its (simple) musical line passably audible, and the kick drum comes through very nicely when it arrives at 0:25. However, in pushing the extreme low end this much with the bass, there’s not really enough mix headroom left to accommodate the kick, and the heavy flat-topping that occurs (frequent bouts of 100-200 samples) makes the body of the kick drum seem to ‘fragment’, for want of a better word. Given that the kick sound in itself sounds commendably tight and punchy on those occasions where it’s not clipping as severely, this is definitely one occasion where I wish they’d dialled back on the mastering processing to get a more appealing trade-off between loudness level and sonic side-effects.

There’s plenty of great ear-candy here, underscoring the rather hallucinogenic vibe. I love the spot vibrato effect at 0:58, for instance, which adds an affecting tremulousness to the line “don’t wanna die”. The strong eighth-note delay that bubbles up at 1:06-1:16 is great too, in the way it seems to fight against the lead line for attention and intelligibility — again, a nice way of insinuating that the rapper is losing control of the situation. The super-wide modulation at 1:54 is another cool vocal effect, initially playing the role of a kind of ghostly alter-ego to the lead, but then merging together with it for “oh, I fill my mind up with ideas”. It almost feels like the audio equivalent of refocusing after a moment of double vision!