I Need A Dollar 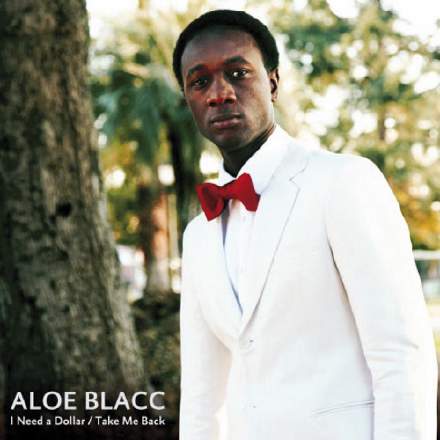 The vocal performance and awesomely funky bass/drums groove on their own earn this track some close auditioning, but it’s also worth checking out as a textbook example of how to create mix clarity. Although many of the sounds are by no means glorious on their own, they fit together effortlessly, and simply leap out of even the crummiest playback system. Take the snare, for example. I was immediately struck by how dull-sounding it is for a modern record, but it doesn’t make the mix sound dull because it only appears on its own a couple of times and other elements in the mix are providing enough high-frequency information to make the mix tonality as a whole seem well balanced.

What the snare does have, though, is a gutsy 175Hz pitched component, which is a big part of what gives the beat its power. On top of that are a couple of significant spectral peaks at 2kHz and 6kHz, which are just ‘pokey’ enough to give a little snap at the start of each hit, but narrow enough in terms of bandwidth to avoid brightening the overall tone. To get an idea of how efficient and targeted this sound really is, try training a series of narrow EQ notches on these three frequencies — you may be surprised by how they can kill the snare in the balance.

The piano sound is another case in point. Bracketing the sound into something like a 200Hz-5kHz bandwidth, as has been done here, doesn’t exactly make it sound hi-fi, but it does avoid clouding the bass’s critical sub-200Hz zone and the vocal’s strong sense of presence and sparkle in the top two audible octaves. The bass’s low extreme of around 70Hz stays well clear of the kick’s dominant 50Hz frequency, while a 1kHz peak in the bass timbre helps it hold its place nicely on small speakers.

You could argue that the brass trespasses slightly on the vocal presence frequencies, especially at around 4kHz, but that’s mitigated by the vocal’s rich 9kHz region. I suspect that the mix engineer was well aware of this potential issue, hence the decision to separate the vocals and brass in the stereo picture throughout the track, most notably in the “I don’t know if I’m walking on solid ground” sections at 1:01 and 1:59, which feature something of a rarity: a markedly off-centre lead vocal.

In a mix that has so many sounds separated so beautifully, it’s also worth pointing out that the engineer has shown himself perfectly capable of sinking the organ sound almost invisibly into the mix as an extra sweetener, without letting it draw attention away from the foreground instruments. It only surfaces enough to be audible in its own right for few seconds around the “take away my sorrow” lyric (2:26-2:31), but you only have to solo the stereo Sides signal to hear that it’s playing pretty much all the way through the song.

Of course, no mix is ever perfect, if only because everyone has a different idea of what ‘perfect’ is! I’d personally have given the kick drum a little more cut-through in the mid-range (a small peak at 700Hz?), as it loses out a bit on smaller playback systems. If you switch back and forth to mono, it reveals that the vocal reverb is cancelling a great deal too, effectively drying up the mix. This is a surprisingly common issue with cheap and/or lo-fi reverbs in particular, but can usually be avoided fairly easily using modern phase-shifting tools, without compromising any retro credentials.

If you’ve listened to this track in the UK, it’s possible that you may have heard the UK-only Radio Mix, which has a brighter, stronger, and presumably sampled backbeat, and has also been edited a bit to shorten the overall length and introduce a couple of new arrangement drops. Needless to say, my comments above don’t really apply in the same way to that version.

I mentioned the almost subliminal organ part in the main review, but something else that’s worth listening for is the simple figuration change for the “I don’t know if I’m walking on solid ground” sections, where it moves from playing short stabs to holding chords instead. I love the way this just delicately opens up the texture for these sections. It’s funny, the contrast is somehow less apparent when it starts playing chords than when it stops playing them in the following verse sections.

Tremendous credit is due to Leon Michels, too, I think. The horn arrangement on this track is very economical, but also very imaginative in its own understated way. It takes a lot of confidence to do a chart like that. The looseness of some of the vocal tuning is another breath of fresh air, and very well judged, because it adds to the general impression of a production from a bygone era without sounding obviously sour at any point.