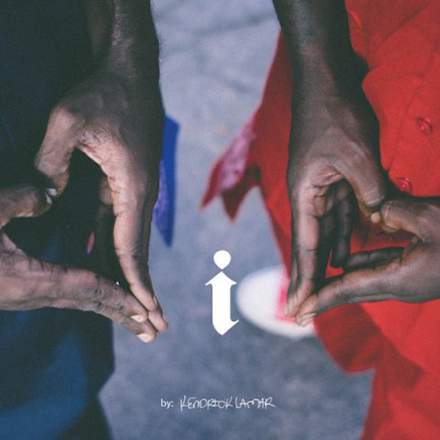 Perhaps as a result of hip–hop’s heavy reliance on turntables and samplers, extreme pitch–shifts are common currency, but this double Grammy–winning production uses them more inventively than most. For instance, the chorus variation at 2:14 pitches “The world is a ghetto… sun gon' shine” down about six semitones by my count, but the “I love myself” BV refrains are shifted more dynamically by three to five semitones to fit with the new bass line. The other great pitch stunt appears in the final verse, where at 2:47 the lead vocal slowly crossfades to and from a pitch–shifted version of itself, an effect made especially disconcerting because of the fleeting parallel–fourth sonorities heard during the crossfades themselves.

The mix is also stuffed with entertaining stereo movement. There are a couple of prominent ping–pong delays, for example, the first on the main refrain’s “I love myself” (and made more audible in the mix by being slightly off–tempo — too slow for a 16th note, too fast for a 3/32–note) and the second a slower eighth–note six–tap ping–pong embellishing “night” at 2:38. The refrain’s “The world is a ghetto…” lyrics have something more subtle on them, I’d guess some kind of slow–rate modulation effect, because it seems to weave hazily around the panorama, its level in the stereo Sides signal pulsing roughly once per second. Outside the realm of effects, there’s also the call–and–response backing vocals at 1:58–2:14, which set up an alternating wide–narrow pattern, and some nice slow panning moves in the intro and outro: “This a world premiere” at 0:05; “I lost my head… world runs dry” at 3:02–3:16; and the higher of the two car sirens at 3:22. It seems a shame, though, that they didn’t give that last panning move a hint of simulated Doppler effect, seeing as they were so handy with the pitch–shifting elsewhere.