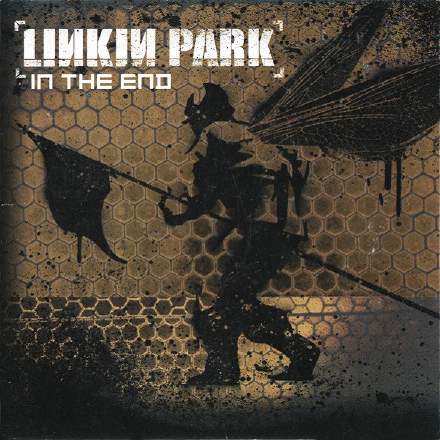 For the past 15 years, Linkin Park’s debut album has been a staple of my mix-reference collection — it contains what I consider some of renowned mix engineer Andy Wallace’s boldest and most exciting-sounding mainstream work. Returning to Hybrid Theory’s biggest single in the wake of singer Chester Bennington’s untimely death, it’s perhaps fitting that it’s the vocal production that impresses me most of all. Of course Bennington’s calling-card dynamic lift is worth the price of entry alone, building from the breathy fragility of the opening “it starts with one…” through to the raw power of that high chorus line, while his doubling of key phrases in Mike Shinoda’s rap is a killer production hook that remains underused to this day.

However, it’s the fastidiously detailed verses that bowl me over. There’s stutter-editing of consonants (“s-s-s” at 0:25 and “t-t-t” at 1:27) and vowels (“o-o-o” at 0:28); unpredictable switching between double-tracks that follow the lead rap rhythm (eg. “one thing” at 0:19) and others that lag by an eighth note (“all I know” at 0:27); ham-radio-style distorted noisiness on “clock ticks life away… so unreal” (0:35); and heavy digital aliasing on “below… right out the window… didn’t even know” (0:38). Not only is this textural hyperactivity ear-catching in its own right, but it also serves as a fantastic contrast to Bennington’s floating legato. Notice too the cool way the drums and bass briefly abandon their breakbeat stylings to accent the line “tried so hard” in verse two, a textbook example of using the backing track to heighten the impact of the lyrics.

As it turns out, the mixed a capella stem for this song has somehow found its way onto Youtube, and that reveals plenty of other effects nuances. Check out how the high-feedback delay spin on “mind” (0:24) slowly evolves into a subliminal pulsating atmospheric effect as it’s fed by “swings” (0:32), “unreal” (0:37) “window” (0:41), and “know” (0:43). The sheer level of Bennington’s quarter-note tempo delay may also be an eye-opener for newcomers to rock mixing, and comparing the a capella stem to the final mix demonstrates very clearly how easily that kind of effect sinks into a dense arrangement like this if you just roll off a touch of top end. I also suspect that a healthy dollop of distortion (and possibly a tightly edited ‘stage whisper’ double-track) are helping to enhance the singer’s own timbral overdrive too, even though it’s a lot less overt here than on, say, the band’s later single ‘Numb’.

The narrowness of the drums is also striking. Yes, you get panned hi-hat and percussion, but the snare and toms seem all but mono, even in the choruses — listen to the fill leading into the first chorus (0:54) to hear what I mean. As I see it, this narrow image lends the drums some of the hip-hop cachet of a sampled breakbeat, helping to stabilise the band’s rock/rap crossover, and it’s interesting in this respect that it’s only in the more contemplative, almost alt-rock middle section at 2:11-2:27 that the snare ambience ever really broadens out at all.