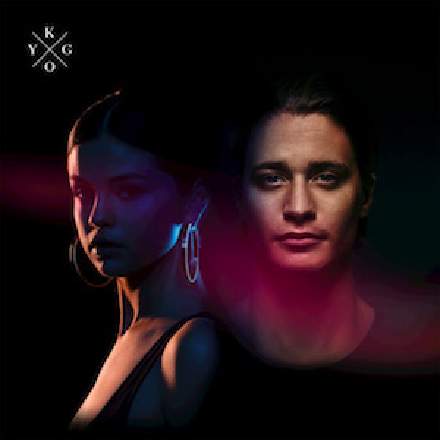 This production offers a clear example of how the sound of a kick drum can be adjusted in response to the changing needs of an EDM arrangement. The kick-drum you hear in the latter stages of the first verse (from 0:29) works very nicely within that arrangement context, lending more rhythmic impetus without subverting the contemplative mood of the vocal performance at the point. The sound lacks no low end, but also has plenty of low mid-range warmth to bring it out on small systems, and the hint of hi-hat hovering over each hit lends it a little ‘air’ without overly hardening the edges of the rhythmic events. When the main hook section arrives at 1:17, though, you can clearly hear how the ‘point’ of the kick drum becomes much better defined in the high frequencies, adding a more assertive feel to the groove. If you phase-cancel the two sections against each other, it seems pretty clear that we’re not hearing a different sample here, so either a low-pass filter has been opened up for the hook sections or (I suspect) a second percussive sample, rich in 1-4kHz attack energy, has been layered with the kick to enhance its upper-spectrum cut-through.

What also struck me about this arrangement was how well the final extended hook section upsets the expectation that the drums will return at 2:36, instead pushing up the envelope-processed piano riff right into your face. Not only does this allow a second build-up (making good use of that duller verse-section kick drum again) to intensify the full-texture hook-section repeat eight bars later, but it also shines a light on a subsidiary part within the arrangement, alerting us to the details of its unusual envelope-modulated character that weren’t apparent before we had the opportunity to study it in close-up. It’s a welcome reminder that the sound-design subtleties that are crucial to the appeal of modern EDM won’t really make an impact on the listener unless you feature each sound at centre stage for at least a brief moment.