It Must Have Been Love 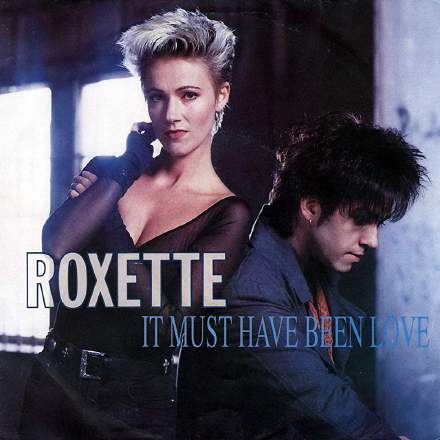 Revisiting this hit song following the recent untimely death of singer Marie Fredriksson, the quality of her performance impressed me anew, especially those exhilaratingly uninhibited high F notes she belts out during the final choruses. The backing-vocal arrangement is another gem, using a nice call-and-response counterpoint to plug the lead vocal’s phrase gaps, and well as adding musical emphasis on the first downbeat of each chorus. I’d also forgotten about the modulation to F major that unlocks that higher register by moving up a fourth from the C major of the first two choruses — one of those rare examples of a final-chorus modulation that bucks the usual threadbare ‘up a step’ cliché. And what a lovely detail that characteristic minor-V chord is at 2:20 and 3:37! You might even argue that this hint of subdominant tonality foreshadows the song’s climactic subdominant modulation.

Sonically, though, the best-known mix of this record (for 1990’s Pretty Woman soundtrack) is a bit of a curio. That snare’s ample 300Hz energy and artificially hyper-inflated sustain sound like someone coughing into a drainpipe, and makes the whole mix feel rather congested just on its own. In response, it sounds like the rest of the mix has been scooped quite a bit in that region, and feels gutless by comparison with the snare. The combination is therefore slightly disconcerting, somehow, because it sounds like it has both too much and too little lower mid–range simultaneously. The same ‘throw away your cake and don’t eat it’ scenario applies to the vocal tone too, which is fairly dull and muffled for the most part, but simultaneously indicates via powerful sibilants (eg. during the first chorus) that it’s already more than bright enough! I have to say I much prefer the band’s original 1987 mix in that respect.

The low end’s rather unsatisfying too, partly on account of the kick’s treble-only attack. Yes, you get plenty of low-end information in the 60-120Hz octave, but it’s all just a diffuse-sounding size illusion, rather than delivering any real punch. Furthermore, the lack of anything going on below 60Hz leaves the beat feeling lightweight, especially in comparison with that hyper-inflated snare. It’s fortunate, then, that the bass line contributes healthily in the 40-60Hz region, although this also left me feeling slightly underwhelmed because the fundamental of each note appears to have a significantly slower attack than the rest of the harmonics, so its low end doesn’t really ‘land’ on the beat.