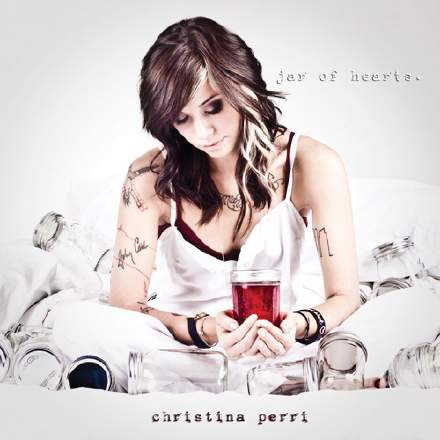 A successful production isn’t all about mixing and mastering. In fact, the songwriting and vocal performance can often be sufficient to carry a track. Indeed, I suspect that the runaway success of Christina Perri’s low-budget debut single ‘Jar Of Hearts’, following its appearance on the TV show So You Think You Can Dance, will have taken the artist and the production team by surprise. As the songwriting is clearly what’s been selling this track, I’d like to point out a few interesting musical features that I think might have helped it stand out from the crowd.

Firstly, note that Perri’s not afraid to deviate from simple four-/eight-bar phrase lengths, as with the nine-bar chorus, ‘middle 10’, and six-bar outro. The book-ending of the chorus lyric with “who do you think you are?” is canny too, both repeating one of the song’s more evocative turns of phrase and giving a sense of closure to the section. This is especially relevant at the end of the song, because not only is the repetition missed off the end of the first final chorus, underlining the fact that we’re not yet finished with the chorus material, but it’s repeated three times after the second final chorus, closing more strongly to offset the double-length chorus, as well as rounding off the song as a whole.

The harmonies also reward examination. The rate at which the chords change is varied very effectively, clearly differentiating the pre-chorus and mid-section from the verses and choruses, but what characterises this song most strongly is its internal major/minor tug-of-war. You can see this in the contrast between the minor verses and mid-section, and the major choruses, but the same tension is apparent as you zoom in further. The most obvious example is the major-to-minor shift in the chorus’s IV-I cadence, but the repeated outro cadence carries a minor flavour too, because of the way its diminished-seventh chord has more in common with Eb minor than Eb major.

A couple of little musical patterns help with the song’s longer-term flow, the first of which is the verse’s Eb-Bb-Fm-Cm cycle of fourths. Although cycles of fourths are slightly less common harmonically than cycles of fifths, they’re no less effective at creating harmonic momentum under the right circumstances, and are particularly suited to a song which, like this one, features a IV-I cadence as its main chorus resolution. The second pattern is a melodic one: the descending chromatic bass line underpinning the middle section. Not only does this proceed through C-B-Bb-A four times, but continues the trajectory onwards to Ab and G to complete the section.

Given the quality of the singing and songwriting, producer Barrett Yeretsian sensibly appears to have focused his time and effort on those, rather than getting too hung up with expanding the arrangement or improving the realism of the programmed string parts. That said, the piano pushes a little beyond the earnest quarter-note repetitions that so many budding singer-songwriters get bogged down in, gently supporting the vocal. I’ve lost count of the demos I’ve heard prefacing the singing with a few such barren bars, but here the piano is stripped right back to place the vulnerability of the lead vocal centre-stage. Numerous understated figurations also provide musical punctuation between phrases, such as the rhythmic motif heard before “I learned to live” at 0:25 and 1:32, or the answering melodic fragments in the second verse at 1:12, 1:18, and 1:25. Even when the figuration settles into a more regular rhythm during the choruses, the balance between quarter- and eighth-note divisions remains fluid, giving some leeway to increase the intensity of the performance towards important section boundaries, and through the song as a whole. My favourite bit, though, is the mid-section, where the piano’s change of register and emphasised, oscillating, eighth-note pattern really help clear the air before the final chorus.

These good things notwithstanding, I’m a bit underwhelmed by the vocal mix, as the tonality feels over-strident and a bit abrasive over the song’s duration, and I’d have welcomed more energy in the octaves either side of 1.5kHz. The vocal balancing also seems a bit rough and ready, with many consonants feeling over-emphasised (presumably on account of a hard-driven compressor’s fast release), yet despite this processing I get a sense of the singer travelling backwards and forward in the mix. Take the section at 1:14-1:25 ("…if I am anywhere to be found, but I have grown too strong…"). In the first phrase, the section “to be fou-” seems to leap forward for a moment, before taking a big step back for the second phrase, and then hopping back towards you temporarily for “too stro-". To be fair, Perri’s wide tonal and dynamic variations would probably have required more than simple fader automation, but I reckon vocal ballads like this justify going that extra mile.

It’s intriguing that all the other tracks on this record appear to have been produced by Joe Chiccarelli and mixed by Michael Brauer. I can understand the thinking behind this, given that Yeretsian isn’t as well-known as those guys, but it does seem a bit odd that Perri didn’t try to tap into the ‘magic’ of her original collaboration any further. Maybe now that ‘Jar Of Hearts’ has comprehensively outsold the other singles so far, Yeretsian might find more space on her next record. I was also intrigued by the credits for live string players on ‘Jar Of Hearts’. They must be well buried under the samples, which seems slightly to defeat the object, because the final result still sounds pretty synthetic.

Another thing: the vocal tone makes me wonder what kind of vocal mic was used here, because the narrow-band spectral peaks I mention in this review are one of the hallmarks I usually associate with low-cost large-diaphragm condensers, and they make it difficult to add brightness to the vocal timbre without ending up with something rather abrasive. From experimenting with some third-octave peaking cuts, I’d probably have applied around 6dB at 4.5kHz and 2-3dB at both 9kHz and 11.5kHz to the lead-vocal track to try to smooth things out more, although a couple of decibels of compensatory high shelving boost would probably also have been necessary to retain the same kind of subjective brightness – some cuts in the 10-12kHz region of the string parts would also have helped here, and would simultaneously have reduced the multi-sampled patch’s synthetic edge. I think I might have taken it easier on the tuning correction at the outset too, because it feels like it distances me from the lyric on an emotional level – “you lost the love” in particular sounds unnecessarily robotic.

Not having heard of Barrett Yeretsian before doing this review, I scanned around the net and found his Facebook page, which features some pictures of what appears to be his own studio setup, prominently featuring Yamaha NS10 nearfields. Could the midrange spectral recess I’m hearing stem from the NS10’s characteristic response peak there? Certainly, if you’re hearing lots of any frequency, then it’s easy to undermix it, and while a good way to avoid that potential pitfall is to switch between different speakers, there appear to be no alternatives in the pictures of Yeretsian’s rig. As I see it, the appeal of NS10s in big professional mix rooms (at least as far as frequency response goes) is more about their contrast with other available monitors than it is about their fidelity in absolute terms, and there is a danger that if you mould your sound too closely around their tonal eccentricities the mix then struggles on wider-bandwidth playback hardware such as hi-fi systems, big car-audio setups, or cinema installations.

Another little harmonic corner worth pointing out is that III-I cadence into the final choruses at 2:46. Not the most common of cadences, and I’ve always felt it was a bit of a weak resolution. However, given that it sits at the end of that descending bass line I mentioned in the main review, it’s probably about as effective here as it’s ever likely to be.