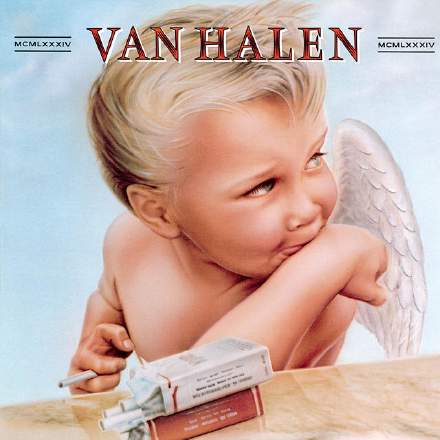 Back in 1985, getting hold of sheet music for rock songs involved trundling over to an actual music shop, rooting through the racks, ordering from the counter once you’d discovered the desired title was out of stock, and then returning in three weeks once it eventually arrived. This is probably why my freshly teenage elder brother was willing to swallow his pride and ask me to transcribe this iconic synth riff for him by hand. As such, one of my earliest musical memories (and this must surely date me!) involves my trying decipher those heavily syncopated rhythms by repeatedly rewinding a battered and almost certainly illegally copied C90 cassette. Viewing the incident now through the rosiest of retrospectacles, I’d like to think I did a passable job. Be that as it may, though, the resulting spidery mess of notes, dots, and ties proved to be little practical help to my commissioning patron, who (like most sane people) took one look at the page and decided “Sod that – I’ll just play it by ear!”

Coming back to it now, though, I continue to be impressed that such an instantly recognisable riff so seldom lands on the beat – of the 11 treble-register chords, only one arrives on the downbeat (the third chord, under the C melody note) and only two coincide with the backbeat (the first chord, under D, and the seventh chord, under E). It’s also easy to forget that the riff doesn’t stay the same all the way through the song, because each of the vocal verses is prefaced with a variation: the first at 0:21 not only revoices the chords into a different register, but also subtle alters the rhythm, landing unsyncopated with the backbeat at 0:25; whereas the second settles for just a couple of chord revoicings.

Following Eddie Van Halen’s recent passing, many musicians have paid tribute to his unarguably pioneering guitar-playing, and this specific solo has to be amongst his most celebrated. However, what I think a lot of budding rock heros overlook here is the powerful role the underlying harmony plays in making the instrument’s entry and exit both so thrilling. You see, up to that point in the song we’ve basically been in the key of C the whole time, with brief nods to the relative minor during the song’s prechoruses (at 0:58 and 1:45). So it’s a pretty bold move when the final dominant G chord of the second chorus moves to Bbm minor at 2:16, involving as it does two chromatic voice progressions: from the G chord’s third ( B) to the Bb chord’s root ( Bb); and from the G chord’s fifth ( D) to the Bb chord’s minor third ( Db). No surprise, then, that Eddie launches his solo with the Bb.

The progression for that section subsequently follows a repeating Bbm-Gb-Ab-Db pattern, delivering another bold harmonic motion when the final Db chord is followed by the G chord of the synth solo section, the Db and Ab notes pulling chromatically inwards to D and G – and again, the guitar chooses one of those notes ( G) as the target for its final blizzard of ascending scales. This kind of harmonic maneouvre used to be ten-a-penny back in the 80s and 90s, and can be incredibly effective at increasing the emotional impact of a guitar solo, but most mainstream rock bands seem to have forgotten this, and I do think that’s a bit of shame.

But whatever there is to say about the music here, it would be remiss of me to say nothing about the video, which is pure irony-free 80s gold! You’ve got the inflatable mullets, the long diaphanous scarves, Eddie’s yellow zebra-print jacket, and Dave Lee Roth’s peerless leather chaps. The performanes are so hammy that the band are clearly struggling to keep straight faces, and you also get a strong sense that they can hardly believe they’re getting away with what they’re doing. There are so many stock-in-trade bands poses too: singer waving the mic stand around; singer frotting poutily against bassist/guitarist; drummer epicly twiddling his drumstick during the post-solo breakdown; slomo and reversed footage of singer’s (admittedly pretty impressive!) acrobatics.

But my favourite three things about the video are these. Firstly, that the synth doesn’t make any appearance in the video… except during the solo, which is its least famous moment! Secondly, that the drum kit setup is laughably overblown – I count maybe four kick drums, a snare, six rototoms, two floor toms, a set of congas, a forest of cymbals, and (oh joy unparalleled!) a massive gong hanging behind the drum throne!

And, thirdly, that the whole thing looks uncannily like an outtake from This Is Spinal Tap. Which was released scarcely three months later…