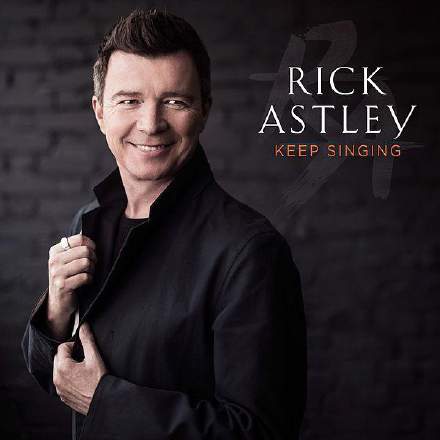 Well here’s a surprise! I can’t say I’ve ever warmed to Rick Astley’s back catalogue, but this single is something else, showcasing a voice that has matured into something of considerable expressive capacity and character. In that respect ‘Keep Singing’ reminds me of some other favourite ‘autumnal career’ offerings — Tom Jones’s ‘Sex Bomb’, for instance, or Solomon Burke’s ‘Don’t Give Up On Me’. Furthermore, it’s great that Astley (who apparently also had his hands on the production reins) clearly recognises the value of this asset, and has kept the production well out of the way of the vocal timbre, sketching in the retro gospel conceit with a range of backing instruments (upright piano, claps, electric guitar, choir) that remain in the background by virtue of their extremely smooth and restrained high-end.

On a musical level, it’s the phrase-structure of the chorus that most demands attention, because although that section is actually a bar shorter than the eight bars you might expect, the final “throwing my life, throwing my life away” (0:54-1:00) paradoxically smacks strongly of a phrase extension, not a truncation — a cool bit of songwriting sleight of hand. I reckon the reason this works so well is that same lyric has already appeared in a one-bar ‘unextended’ version at the close of the prechorus (0:36). Without that template having been planted in our minds, it would have been difficult to generate the same sense of delayed gratification (and its delicious concomitant musical tension) at the end of the chorus.