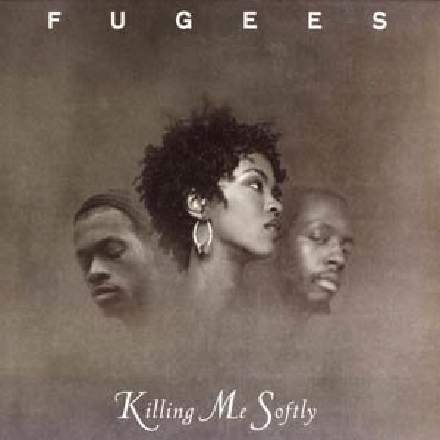 If there had been a Big Brass Balls Music Award 1996, this production would have left all the other nominees standing. Even out of its original context (on the heels of UK number ones from Oasis, Take That, George Michael, and the football anthem ‘Three Lions’) I still have the utmost respect for whoever it was that called time when so much space still remained unfilled. “Just beat and vocals for 30 seconds? And again in verse two? Are you mad?!” To my shame, there’s not a shred of doubt in my mind that I’d have caved and added something else, and that’d probably have killed it. But as long as stones are only cast by those without sin, I reckon I can probably sleep easy.

The genius of this production is that it recognises Lauryn Hill’s star turn for what it is, and realises that her emotive nuances can be heightened by savagely exposing them and contrasting them with a backdrop of deliberately restricted expressive range. The result is that arrangement features that wouldn’t warrant much attention in another production suddenly become much bigger news: the sitar sample at 0:35 and 2:04; the bass entry at 1:29, and its funky fill at 3:32; the muted snares at 1:47 and 2:54, the muted kicks at 3:45, and the full-loop mutes at 2:03 and 3:13; the isolated verse harmonies at 1:14 and 2:12 (How on earth did they resist the urge to add more? They’re not human!); and the show-stopping two-second drop into the bridge at 3:13 — every time I hear it I feel like I have to hold my breath until the snare at 3:15!

There’s so much detail to enjoy here – the apparent simplicity is in fact a little deceptive. Here are some things to look for:

On an engineering level, I like the way the kick is actually quite soft-edged and subby, which lends proceedings an air of seriousness while leaving plenty of mix room for the bass, which is arguably more imporant to the tune as a whole – it’s surprisingly melodic, especially during the bridge. The downside is that the small-speaker kick translation isn’t great at low levels, but on the flipside, you soon hear it via distortion artefacts if you do crank it up on a small system. Which you can do, because a mix this sparse will tolerate a great deal of distortion – it’s great to turn up!

And speaking of turning things up, the mastered level on the CD single is remarkably low by today’s standards. Just for giggles, I ran it through an EBU R128-standard loudness meter (where it gave momentary, short-term, and integrated loudness figures of -13.6dB, -16.2dB, and -19dB, for a true peak level of -0.3dB) and then did the same for The Script’s recent end-stopped single 'Hall Of Fame' (which gave -3.6, -4.2, and -7.1 respectively for +1.7dB true peak). That’s about three-quarters of a decibel of added integrated loudness per year…

One final thing puzzles me, though, just before the final “with his song” at 4:18: is that the Refugee Camp’s answering machine going off in the background?