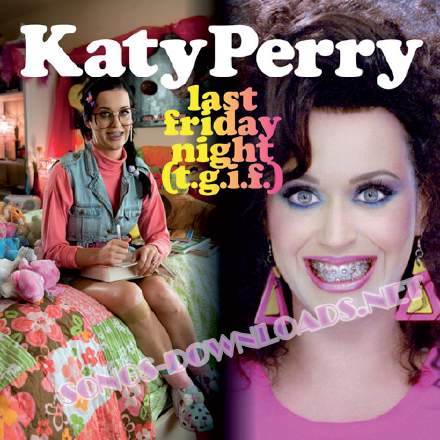 An extremely spiky drum sound here, providing brutal small-speaker translation. Although the track I’ve long associated with this kind of drum sound is Perry’s previous single ‘Hot & Cold’, it’s possible this one might have the edge, if only in terms of a bit more satisfaction at the low end. As usual, with high-quality pop productions, slick vocal touches abound too: the subtle stereo double-tracking for the end of each phrase during the verses (eg. 0:07-0:22); the low-octave double during the pre-choruses (eg. 0:23-0:35); and the soft, high, harmony thirds (first heard in the second half of the first chorus from 0:53), which become increasingly prominent as the song unfolds. And it’s also some kind of small miracle the way the producers have managed to slip in an ’80s-style sax solo at 2:53 without it sounding too cheesy. The Black Eyed Peas must surely be gnashing their teeth…

But the main thing I wanted to talk about in the context of this track is a strange waveform clipping artifact that I’ve seen several times before on commercial mixes, particular those of Serban Ghenea. As anyone who’s looked at the waveforms of chart tracks in their DAW will probably already know, the practice of clipping mixes as a loudness-enhancement technique is widespread (for better or worse), especially in styles of music that rely on clicky, sharp-edged drum sounds. Although the side-effect of clipping is distortion, this distortion is quite readily masked by bright and aggressive drums, so some engineers consider it a less harmful side-effect than the timbral softening or drum-balance alteration that any kind of limiting would typically incur for a similar loudness hike.

Whatever your views about using clipping in this way, though, it’s always pretty much been established wisdom that it should, like all loudness processing, be applied as the final stage of the mastering process. And that’s why this track puzzles me. If you look at some of the drum hits, you’ll see that most of them are flat-topped at the -0.1dBFS level, but there’s also a more-or-less flat diagonal section following some of the horizontal clipped waveform regions:

What this says to me is that the original mix has been clipped, then high-pass filtered, and then clipped again — high-pass filtering any file with flat-topped drums will tilt the flat region of the waveform off the horizontal. Assuming that I’ve arrived at the correct conclusion about this, what it strongly suggests is that Serban Ghenea is delivering clipped files to mastering, but that the mastering engineer (Brian Gardner in this case) is not rejecting them with the stream of invective that most of us would expect. So what’s going on here?

While the horse’s mouth remains firmly closed on this issue, as far as I’ve been able to ascertain, my take on it is this: Serban Ghenea specialises in the kind of music that is often clipped at mastering, and has decided that because the distortion artifacts will inevitably affect the tone of his drums, he wants to be aware of the ramifications of this while mixing. After all, many engineers have already gone on record that they mix through a bus compressor (or even a mastering-style limiter) so that they can compensate for the gain-riding effects during the mixing process. However, the fact that Ghenea isn’t bypassing the clipping to generate his final mixdown file means that he’s effectively taking the choice of what type of loudness processing to use out of the mastering engineer’s hands. Once a file is clipped, you can’t substitute limiting for the clipping.

Which leads to numerous further questions. Is Ghenea doing this because he doesn’t trust record companies and/or mastering engineers to loudness-process his mixes with as much clipping as he’d like? If he’s got enough industry clout to get away with delivering clipped mixdown files, then why doesn’t he have the clout to deliver unclipped files and then dictate clipping levels to the mastering engineer — surely a more successful approach in terms of final sonics, especially where EQ is required to match different mix tonalities on the same album? And on what basis can we recommend that students of chart-style mixing deliver unclipped files to mastering, when arguably the most successful mix engineer on the planet appears to have his reasons for doing otherwise?

Another thing worth listening for here is the closing-down and drying-up of the track at the start of the second verse, which features several pretty much textbook features:

This kind of textural stunt is all over chart productions, and isn’t actually very tricky to implement even in the latter stages of a mix, but I hear it on surprisingly few home-brew productions. So if you’ve not yet tried it on one of your own tunes, then why not give it a go – it can be very effective in almost any style at all, not just plastic pop.