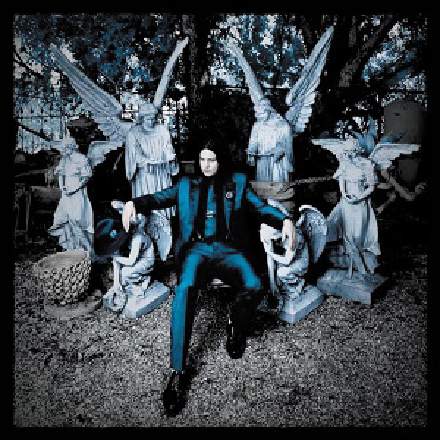 This track features a fabulous drum sound, in which the kick can afford to provide plenty of 60Hz welly because the bass rolls off at the low end, rendering its fundamental frequency a lot less powerful than its first harmonic most of the time. But the highlight for me is the snare (conveniently isolated for admiration during the extended fill at 2:45), which is given room to shine by virtue of the smooth cymbal timbres and generally well-perforated riff-based arrangement. Notice the snare rattle during the guitar-only breakdown at 1:57, caused by the drum resonating in sympathy with air/structure-borne vibrations emanating from the speaker cab. This is something that some engineers would get rid of as a matter of course, and which would presumably have been easy to achieve here by muting the drum mics. Doing so, however, would have undermined the outcome in two important ways: firstly, the guitar would have felt more like an overdub, and less like an organic part of the live ensemble; and, secondly, the removal of the guitar leakage arriving through the drum mics would quite probably have made the guitar sound less impressive too. With rootsy rock music in particular, sympathetic resonances and spill can be a vital part of the appeal of any band’s raw sound.

Using ostensibly mono drums like this goes against the grain for some engineers but, again, in this context I think it works really well, and I get no sense that the subjective width of the mix suffers for it overall, since the wide-panned rhythm guitars and synths provide plenty of breadth in general. Mind you, it’s probably fair to say that although all the drum mics may have been panned centrally there still seems to be a subtle stereo width to the final drum image. It’s an impression that’s corroborated by some ghostly drum ambience that’s audible when the stereo Sides signal is soloed. Given the aforementioned snare rattle, we can be pretty sure the guitars must have been live in the drum room during tracking, so this ambience may simply be drum spill coming down the hard-panned rhythm-guitar mics.

As a string-player, though, my favourite aspect of this production has to be the dual distorted fiddle solos that vie for the listener’s attention from 2:47. The distorted sound of bowed string instruments is one that I’ve always felt was underused in rock productions, so it’s fantastic to be reminded of some of the timbral possibilities here. It’s also worth pointing out that the left-hand ‘fiddle’ is almost certainly a viola rather than a violin, on the basis that its tone has a more nasal quality to it and the solo’s pitch-range extends a minor-third below the G3 to which a violin’s lowest string is typically tuned. I much prefer the viola’s distorted tone to the violin’s, and this production provides a perfect opportunity to test my hypothesis for yourself by comparing the two side by side!