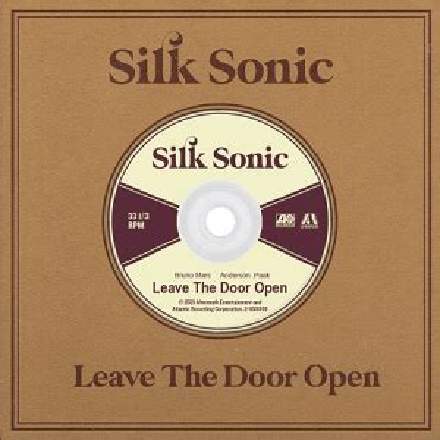 Whatever you think about Bruno Mars and Anderson Paak’s fawning 70s pastiche, you have to hand it to them – they haven’t half smuggled some cool harmonies into the mainstream charts! This is a world where slippery non-functional sevenths are practically standard issue (often major sevenths for the major chords and minor sevenths for the minor chords), with plenty more exotic dissonances sprinkled in besides. Chief amongst those must surely be the G13 chord first heard at 0:49, where its tangible dominant impetus is thwarted by the chorus’s opening Fmaj7 chord, and it only resolves a bit more confidently to Cmaj7 at its reappearance six bars later. Then it’s hinted at by the G11 chords during the middle section (2:27 & 2:23), before transforming into Ab13 as part of the up-a-semitone modulation into the final choruses at 2:47. I was delighted to hear the flat-nine chords too (a huge fan myself) at the end of the each chorus (eg. 1:15) and also baked into the outro (from 3:15).

But the richly ambiguous timbre of each individual chord is only one part of the harmonic recipe, because the progressions are also light years ahead of most pop songs in terms of their complexity. There’s the unexpected modulation to Eb major for the prechorus (first heard at 0:40), for instance, or the highly modulatory middle section (2:23-2:49) that leads us almost imperceptibly into the up-a-semitone final chorus, deftly side-stepping my usual knee-jerk contempt for that particular song-writing cliché.

Yet, despite the final chorus’s upwards modulation, this song’s harmony actually feels to me predominately characterised by downwards motions. From the G13 of the prechorus to the Fmaj7 of the chorus, for instance, and from the same chord halfway through the middle section to Gbmaj7 at 2:36. From the A7b9 of the chorus to the Fmaj7 of the verse or the Abmaj7 of the middle section – and then from the equivalent Bb7b9 chord at the end of the up-a-semitone final chorus to the Amaj7 at the start of the outro, a move that’s then perpetuated in the looping Amaj7-G#11-C#maj7-Bb7b9 progression that closes out the song. In fact, even the modulation to Eb major for the prechorus somehow felt like a ‘fall’ to me, despite the root-note rise from C to Eb across the bar-line – perhaps because Eb is lower than the F I’d already come to expect after three repetitions of the Fmaj7-G7/F-Em7-Am7 progression by that point.

Seeing as we rarely get anything this 70s outside the Classic Mix slot, I figured I might as well highlight a few features that most characterise that sound for me (beyond the aforementioned harmonies), because it’s a style that a lot of people seem to want to hearken back to as an influence. The glockenspiel melodic doublings first heard at 0:38 are a massive era flag, for instance, although the backbeat guitar skank and violin-heavy strings arrangement are also strongly mostalgic. From an engineering perspective, the drums are clearly a crucial factor, presenting extremely dry mono kick, snare and toms, in contrast with the super-restrained hi-hat and cymbals with their long reverb sustain. Reverb in general is a big deal too, of course, with much higher audibility overall than you’d normally expect these days, and that characteristic upper-midrange splash that I’ve come to associate with many vintage-style plate and chamber treatments.

And the other big retro issue is the low end, which is a lot lighter than you’d expect of a modern record. (Go compare Anderson Paak’s 'Lockdown' or Bruno Mars’s '24K Magic', for instance.) In fact, I think this is most categorically where Silk Sonic cross the line from artistic homage into cheesy tribute-band territory, because I can see no earthly reason why the bass guitar in particular shouldn’t have been a lot beefier at the low end. There’s plenty of headroom. The production would, I think we can all agree, sound better with more low end to the harmonies. And the musicians of the 70s would probably have added more low end had the playback media and transmission bandwidth of the time been better able to cope with it. In short, I think it’s retro virtue-signalling to the detriment of the actual listening experience – which is a shame, when I like the song so much otherwise.