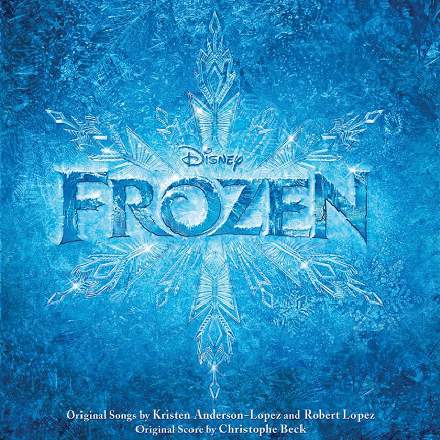 The success of Disney’s Frozen, now officially the highest-grossing animated feature in cinema history, catapulted this song into the Billboard top 10, and provides a good illustration of how a Broadway-trained singer such as Idina Menzel differs from your typical popstress — or indeed from the vast majority of vocalists you usually meet in home or project studios.

The first thing to point out is that most amateur singers simply aren’t this powerful. I don’t mean that they can’t do ‘loud’, because most people can yell something momentarily if given enough of a run-up, but it’s a big step up from there to the kind of sustained volume you can hear during this song’s final chorus. For example, Menzel manages to maintain warp power for a full eight seconds for “here I stand in the light of day” at 3:16, a feat that requires a good deal of abdominal strength and control, as well as extremely efficient use of lung capacity. Few nonprofessionals have that degree of vocal technique, and would either gulp down extra air midway through the phrase, thereby destroying the legato nature of the line; or else they’d pull back on the throttle, losing the vital tonal edge that indicates a maximum-intensity performance to the listener, and which also contributes to the mix’s overall illusion of power — if the singer appears to be busting a gut to be heard over the track, then it implies that the backing parts must themselves be fairly powerful.

But Menzel’s performance isn’t merely a display of firepower, because her projection of the lyrics is also superlative. Part of the secret is that enormous gob of hers, which she uses extremely effectively to exaggerate the vowel sounds. To see what I mean by this, check out her live performance of this song at the Oscars ceremony. (If it’s not to hand, suffice to say that on the word “past”, just before the final chorus, her mouth is so wide open that I swear the head basket of her vocal mic would fit through without giving her dentist even the slightest cause for concern!) Another crucial part of the recipe is that she avoids the classic rookie trap of only singing the most important words/notes loud, investing serious effort into supporting the smaller words too. (For an example of the opposite, check out the 1975’s recent song ‘Sex’, where lead singer Matthew Healy swallows words left, right and centre.) Again, the final chorus illustrates this beautifully on lines such as “and I’ll rise like the break of dawn” and “that perfect girl is gone” — plus at “here I stand in the light of day” you can even hear her adjusting the word “in” to the more open vowel-sound of “en”, a common trick for improving projection.

However, while there’s much to recommend theatre-trained singers for big musical climaxes, they do sometimes run the risk of engaging their booster rockets before they’re really necessary in the studio. In this case, for instance, I think Menzel wastes the opportunity to really rein in her projection when the rest of the arrangement thins out at the start of the first chorus (0:59), such that her chorus delivery feels incongruously overblown considering the nature of the backing arrangement. For my taste, I’d have preferred it if she’d kept those big guns under wraps until the second chorus, where they’d have made a bigger statement in tandem with the full orchestral entry at that point.