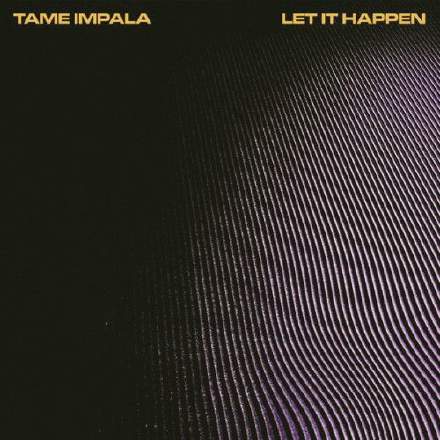 If you’ve yet to discover this Australian psychedelic rock band, whose third album, Currents, recently broke into the UK’s top five, you could do worse than start your tour with this, the lead single. You’d be forgiven for mistaking the sound for a disco throwback on first impressions, but the psychedelia soon makes its presence felt by subverting the normal four-square phrase structure in favour of a three-bar pattern — a surprisingly unsettling thing to listen to if you’ve any familiarity with classic disco, or anything in the current dance charts. Just when you’re beginning to get used to that, little stutter edits appear, with increasing frequency, until the whole thing morphs into an extended strings and phaser breakdown. There’s still another two and half minutes to run after that… Perhaps best not listened to while operating heavy machinery! But in a good way.

Returning to planet earth, I like the kind of reverse psychology going on with the vocal balancing in this track (and indeed on the most recent single ‘The Less I Know The Better’). Because the singer’s quite low in level, and surrounded by a generous cloud of reverb, you have to put in a bit of work as a listener to make out the lyrics. I’ve always felt that a lot of listeners tend to set their playback volume based on how well they can understand the lead vocal, so this record’s vocal balance effectively extends a tacit invitation to crank up the dial. The result? The rest of the production then feels much fuller and more immersive when compared with productions where the vocal’s been mixed more in your face (and are therefore turned down by the listener). Of course, mainstream industry wisdom would have it that such a mix’s competitiveness would therefore suffer compared with mixes from other artists in any normalised playlist — regardless of whether that normalisation were based on peak level or loudness. But so what? I suspect this band’s fans are the kind of people who (Shock! Horror!) still actually listen to whole albums, so I reckon Tame Impala can probably afford to go on ploughing their own furrow in this respect.