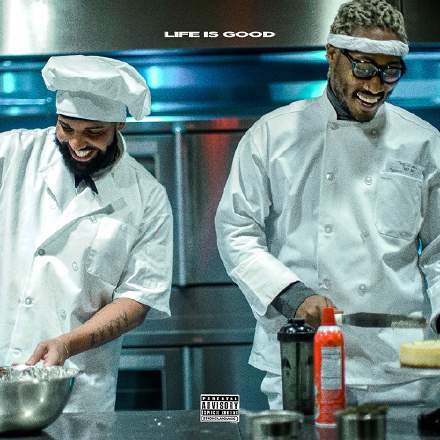 Some of the innovation going on in modern hip-hop is pretty mind-bending, particularly the way A-list artists in the field are playing fast and loose with traditional verse/chorus constructs that have been the staple of mainstream music production for decades. This wind of change first ruffled my ears in Jay-Z’s '4:44', with its six-bar musical units and stream-of-consciousness rap overlay, but it was Childish Gambino’s 'This Is America' that really floored me with its fluid use of musical material and freewheeling structure. In a sense, you could say that the video made sense of the music in the latter case, although the video also felt pretty loosely structured itself (though no less effective for that!), so we’re not talking about anything that’s tied up with a bow here.

What’s interesting about this new Future track, is that it expresses its structural free spirit in a uniquely subversive way: by basically sellotaping two different productions together into a single four-minute track! The first section has Drake rapping over an 82bpm beat in G minor, but then a short hiatus at 1:34 leads to the second section where Future raps over a different 71bpm beat in E minor. Now although each rapper’s section includes some internal recurring refrain elements (Drake’s 0:11 refrain repeats at 1:10; Future’s 1:42 refrain repeats at 2:50, 3:30, and 3:44), the lack of any long-term musical ‘arch’ through the whole timeline (you know, starting in one place musically, then going somewhere else, and finally returning to roughly where you started) is tantamount to heresy, as far as traditional chart-music structures are concerned.

Now, I’m not saying that the general idea of open-ended AB structures like this (sometimes called binary forms) is in itself novel, because Baroque music’s full of them. Take Bach’s famous ‘Air’ from Orchestral Suite #3, for instance – you know, the one from all those Hamlet cigar ads! This doesn’t return to its famous A-section melody at all after the B section kicks in. However, Bach’s music has a couple of important characteristics that Future’s doesn’t:

In other words, Bach’s ‘Air’ has musical momentum and musical cohesion through its two sections, beyond what’s afforded simply by their having similar instrumentation or sharing a similar general style. The two halves of ‘Life Is Good’, on the other hand, share precious little musical connection at all (beyond possibly a shared clap/snare sample) and there’s no real musical momentum either, because both halves are so musically static and loop-based. Honestly, if you’d stretched the two halves of ‘Life Is Good’ out to four minutes each, you could have called them completely different tracks and no-one would have batted an eyelid. Hell, they definitely have less in common than Meduza’s 'Piece Of Your Heart' and 'Lose Control'! In short, the only thing really holding Future’s and Drake’s contributions together here is the ‘packaging’, ie. the communal song title, video, and marketing campaign.

Now, if you agree with my rationale here, then the obvious next question is what’s the thinking behind this twin-pack song concept, in the absence of any decent musical reason? As with any song with a featured guest artist, there’ll naturally be the crossover appeal of marketing both artists to both sets of fans, but that would also apply with more traditional verse-hook structures. My best guess currently is that it’s a ruse for increasing TikTok reach. After all, it stands to reason that if you have two sets of backing tracks and refrains in the one song package, that doubles its potential for underscoring viral TikToks, which in turn translates into more plays and downloads for the full song. Given that ‘Life Is Good’ has been easily the most successful release of Future’s career, they’re clearly doing something right from a commercial perspective. And it follows on the heels of Travis Scott’s even more successful ‘Sicko Mode’, which uses pretty much identical AB-form tactics (albeit with a common tempo for both sections this time) and again features Drake in a guest role.

So will this Double Dip formula now be the future of hip-hop? And if two artists per track is good, then three or more should be better, right? And, extrapolating from there, surely it’ll only be a matter of time before we get twelve rappers per three-minute song, each allocated their own 15-second TikTok soundbite. Think of it as a kind of ADHD compilation album…