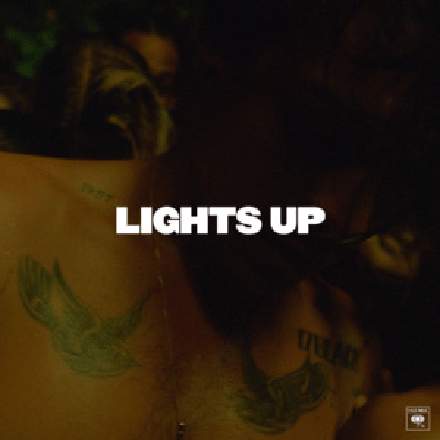 The layered vocal texture used for most of this song is unusual on two counts. Firstly, it’s not common to hear a vocal line being doubled at both the upper and lower octaves, an arrangement that adds timbral variation without actually supporting the harmonies any further. And, secondly, the doubling lines sound so tight and electronic that I suspect they’ve been derived directly from the lead line using pitch-shifting. I have no inherent beef with this, though, because even though it does make the combined vocal texture sound more like an artificial effect (rather than a group of natural vocalists), I really don’t think that’s a concern within the context of this production’s prevailing hazy, tripped-out vibe. Speaking of which, I love how the (presumably) intentional pitch-drift of the electric guitar part first heard at 0:28 contrasts with the super-tight vocal tuning to enhance the production’s kind of ‘seeing double’ wooziness, almost as if the vocals and guitar are shifting in and out of focus with each other.

Another odd aspect of this song is its structure. Ask yourself this question: what’s the main chorus section? On first listen, I’d have said it was the section starting at 1:18. It’s uptempo and high-energy. It begins on and candences back to the key’s home chord of Bbm. It has a repeating lead-vocal melody and lyric, along with that feel-good “Shine” backing vocal refrain. But, er, that section only appears once in the whole song! So is it the drop-down sections, which contain the “lights up” lyric, and the second of which closes out the song? But, um, those sound more like breakdown pre-choruses than choruses. Or maybe it’s the opening texture when the beat first arrives at 0:19 — after all, that’s the section that seems to get the most track time overall, and there are repeated lyrics there too. But, er, that really feels more like a verse. Taking a step back, though, does it actually matter? So what if we don’t know quite where we are in the song, or where it’s going next? Doesn’t that just reflect the freewheeling stoner aesthetic of the musical statement as a whole?

That aside, the rather bland 17-second instrumental intro might also raise some eyebrows. Wasn’t it supposed to be a basic rule of chart pop that you get to the main hook(s) and/or lead vocal as quickly as possible? Well, I wonder whether we might be witnessing a tactic to increase streaming statistics here? For instance, Spotify counts a ‘play’ when the listener makes it more than 30 seconds into a track, as I understand it. Working on the assumption that most people will want to hear some of the actual song before deciding whether to skip, I reckon simple curiosity will likely carry them through that intro — much as curiosity carries most of us through those 15-second pre-video ads while surfing Youtube. At that point there’s only time for five bars of the song before the 30-second mark, and I reckon few listeners would feel confident skipping any song that quickly. Had the track started straight in with the beat, on the other hand, the 30-second mark would have arrived during the 13th bar. Given that that’s the beginning of the fourth four-bar iteration of fairly similar musical material, I reckon there’d have been a significantly higher likelihood of skippage before then.