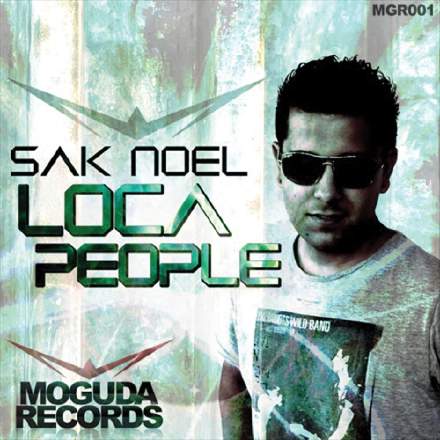 A recurring question on discussion forums seems to be how to get a really clear, cutting kick-drum sound for mainstream chart-oriented dance tunes, and because this production provides a good example of that, I thought I’d take the opportunity to examine how it works. The choice of sample is, of course, critical, and while this is inevitably a question of personal taste, there are nonetheless a number of practical considerations to bear in mind too.

Firstly, while it’s always a temptation to have lots of sub-bass rattling around, there are good reasons to avoid putting too much energy into the 20-40Hz region — and not just because it tends to eat into your available headroom at the mastering stage. Even on a full-range listening system, it’s tricky to get extremely low frequencies to register as subjectively ‘bassy’ to the listener unless you allow them to ring on in time. However, if you do that, the gaps between kick hits fill up with low end, weakening the tightness of the ‘bounce’ in the alternating kick-hat-kick-hat pattern — especially when you’re generally working at tempos well above 120bpm. Focusing the kick’s energy higher (around 55Hz, in this case) allows a decent impression of low end weight even though the drum’s low-end tail doesn’t last beyond an eighth note. (Steering clear of the sub-50Hz region is also sensible from a practical standpoint if your production budget doesn’t stretch far beyond a laptop in your bedroom, as neither headphones nor entry-level monitors are likely to tell you a tremendous amount about what’s going on down there.)

Clearly, a good dose of mid-range is vital to achieve that spiky front end, and transient enhancement can help here too, although it’s worth going slightly easier on the 3-5kHz region (as Sak Noel has done here), so that you don’t poke anyone’s eye out at high volumes or drive the lead vocals and synths into the background. There’s something else to be aware of, though, when you’re choosing the basic sound — the time-lag between the HF ‘click’ and the LF ‘thud’. If the ‘thud’ occurs very close to the click, it’ll tend to mask it and dull the tonal edge, whereas if the LF drags too far behind, the overall drum groove may start to feel sluggish. If you zoom in on the waveform of ‘Loca People’, you can actually see this offset in action, with the longer-waveform sub-50Hz element trailing by 50ms or so behind the opening transient spike — here’s a screenshot showing the waveform of one of the more exposed kick hits, and I’ve highlighted the section where the kick’s low-end seems to me to peak, which is significantly later than the HF transient:

Bear in mind, though, that there’s no point in trying to copy that exact delay in your own music, because the best kind of sound for your track will inevitably depend enormously on the specific key, tempo, and groove context.

Whatever sound you choose, it’ll be difficult to compete with Sak Noel’s kick sonics unless you take a similarly ruthless approach to arrangement. Here, the low end of the synths is pretty much filtered out below about 100Hz, for instance, leaving that end of the spectrum wide open for the kick. Also, almost everything other than the drum parts (with the exception of the lead vocal) plays pretty much exclusively off the beat — the main synth riff, for example, only coincides with the drum on the last two beats of each four-bar section. The upshot is that the kick is all but playing a solo a lot of the time, so it’s little wonder it can carry through the mix with such clarity, despite what feels like fairly moderate use (for the style) of the usual kick-triggered gain-pumping effects.

The way this track is based around a conversational speech snippet reminded me a great deal of Touch & Go’s 1999 classic ‘Would You…?', so I fished that out from the dusty nether regions behind the sofa and had another listen. It’s makes for an interesting comparison with ‘Loca People’, especially in terms of how far the production aesthetics of club tracks have moved on in the intervening period. While I have to say I do much prefer Sak Noel’s sonics, he does seem to lose out to Touch & Go in terms of making the most of the sample – I couldn’t help grinning to myself at the way the latter track teasingly edits the vocals, where Sak Noel seems a bit complacent in this respect. Whether you agree with me on that or not, it’s worth hunting down ‘Would You…?’ just for a bit of nostalgia!