Lose You To Love Me 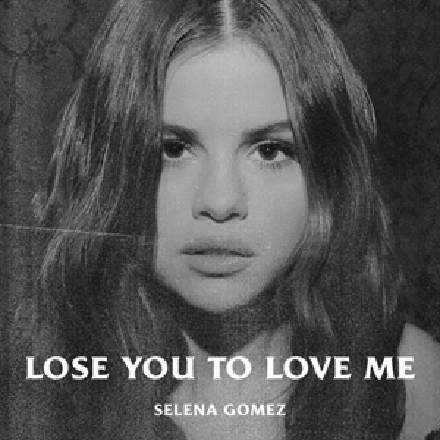 You have to admire her patience: after more than 10 years of journeyman single releases, Ms Gomez has finally delivered an undeniable hit! Praise has justifiably flowed in from many sources, but I did bridle at a review on the Vulture site which closed with: “It was a gamble trusting that the lyrics to this song would sell it on their own, but it was a wise move.” Not to diss the lyrics, but the songwriting and production underpinning them are of such high calibre that I reckon the track would still have packed a punch in Klingon!

The Julia Michaels co-writing credit came as no surprise to me, given the striking arrangement similarities between the second half of this song and her own single 'Issues': the sparse half-tempo beat, the ponderous synth bass, the prominent pizzicato strings. That said, I also hear her influence in the melodic writing. The verse’s short, irregular melodic fragments, for instance, and the rhythmic conflict between fleeting triplet moments such as “I saw the signs” (0:28) and the general 16th-note metric backdrop elsewhere. The hook section’s repetition of “love love” on different beats also reminds me of similar tactics in Julia’s top line for Clean Bandit’s 'I Miss You'.

I love the use of harmony too. On the face of it, the chorus’s IV-I-V-Ib pattern is simplicity itself, but the V’s achingly suspended fourth (so frequently left unresolved) and the V-Ib-IV progression’s hint of a cadence into the subdominant both introduce welcome tension, ratcheted further by the vocal’s series of prominent melodic dissonances (a major seventh over A, a seventh over B, and both a ninth and a suspended fourth over E). The verse chords seem more complex, but because their evocative internal dissonances derive from a mid-register B pedal tone held against a fairly straightforward I-ii7-IVc-V progression, the harmony nonetheless retains its functional drive. But the cherry on the cake is the delayed dominant chord, which adds a wonderful sense of unspoken awkwardness after each verse’s final phrase and also sets the scene for my favourite production stunt of the whole tune, that four-beat a capella moment at 1:32, which shifts the tonic chord’s bass downbeat disconcertingly halfway through the bar.

And, speaking of production stunts, Finneas O’Connell’s ‘additional production’ credit caught my eye. I wonder whether some of the Foley elements like the gentle wiry scraping at 0:07 or the pulsating breathiness at 1:39 come from the brains behind Billie Eilish’s astonishing 'Bury A Friend'. Same goes for the pitch-shifted vocal spot effect on “cos it wasn’t yours” at 0:25. But the most surprising credit for me was actually mix engineer Serban Ghenea, someone I’ve always instinctively associated with high-energy rhythm-driven numbers, but who shames me for my lazy preconceptions by delivering a fabulous mix here, full of warmth, subtlety and detail. (And I can’t help speculating that the inspired two-bar echo on the final chorus’s backing vocals might well have been his idea.)

All in all, this is a truly exceptional piece of work, and one of the highlights of 2019 as far as I’m concerned. Oh, and the lyrics aren’t bad either…