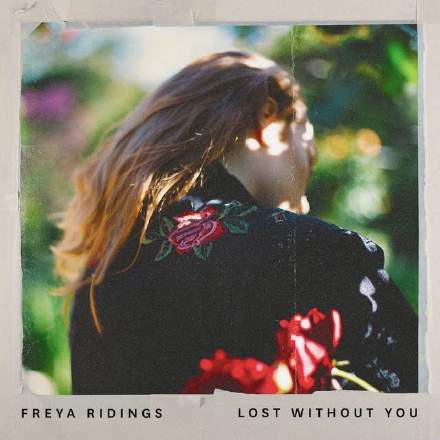 Here’s another one of those singers who make a feature of not opening their mouths quite as much as most people, so things like “I’m lost” come across as being harder work than normal. But far from being a drawback, this actually feeds rather nicely into the mood of the song, because the resulting characteristically constrained timbre sort of implies that she’s having to fight to maintain control of her facial facade despite overpowering emotions. (It reminds me of a similar affectation of James Arthur’s in 'Say You Won't Let Go' .) Not that the tone ever gets muffled. On the contrary, it’s super-brightened — so much so that I’m not sure any de-esser I know of would have been able to rein in the sibilance sufficiently. (I’m guessing they might have had to cut the consonants out onto a separate track to control those, given how treble-enhanced the sustained vowels are.)

The plus side of the brightness is that it pushes the vocal way up front in the mix, especially in contrast to the understated upper spectrum of the piano part and the warm-sounding vocal reverb. On the downside, I found the vocal processing began to make Freya’s tone rather piercing and abrasive once she started opening up her chest voice around the 2:25 mark.

The sine-wave synth bass that enters with the second verse at 1:25 is worth listening out for because of the way its completely uniform sustain contrasts with the natural decay characteristics of the acoustic piano. In this respect, it’s interesting to compare this production with Adele’s version of ‘Make You Feel My Love’, which is similarly piano-led but uses a bass guitar for the low-end support instead; that instrument (even when compressed) has an appreciable sense of decay throughout each note’s duration. Personally, I prefer bass guitar in this context, as the synth somehow gives the production a whiff of electronica that doesn’t sit quite as well with the overall aesthetic of the song, although it’s a subtle thing.

Talking of subtle things, while I couldn’t swear to it, I’m suspicious that there might be a sneaky little keyboard pad warming up the piano texture, especially during the second half of the song. A dark-sounding chordal synth can often be slotted into a sparse acoustic arrangement like this to lend more tonal ballast without drawing attention to itself directly, and the richness of the piano sonics on this record suggests to me that there’s one in action here, even if nothing of the sort ever strays high enough in the balance to categorically give the game away. So if it is indeed there, then it’s very tastefully done!