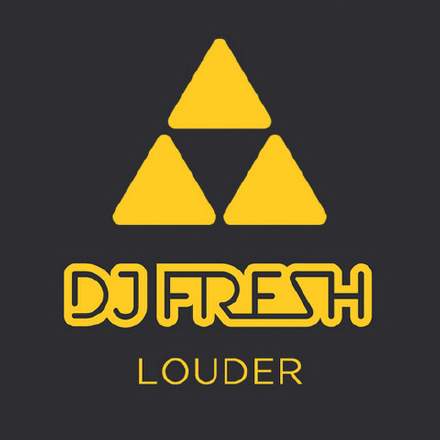 Even if you might initially be put off by the sonics, which feel, to me, overly harsh in the 5-10kHz region, even for this kind of style, ‘Louder’ is nonetheless well worth a spin for its unusual sped-up ending section, made all the more effective because of its contrast with the intentionally ponderous half-time drums preceding it. While the idea of revealing a musical ‘ace in the hole’ during the closing stages of a song is nothing new (consider Tinie Tempah’s breakthrough smash ‘Pass Out’, for example), it’s great to hear someone experimenting with tempo like this in a chart release. Despite Fatboy Slim casting down the gauntlet in style with ‘Rockafeller Skank’ more than a decade ago, tempo changes still feel like one of the great under-used weapons in commercial music production.

Another thing to listen out for, though, is how pitch-sweeps are being used as fills here. Every second snare hit in the chorus, for example, is accompanied by a background pitch fall-off (whether from a synth or an electric guitar ‘dive-bomb’ it’s tricky to tell) into the following downbeat kick-drum. More interesting, though, is the long pitch-rise underneath every iteration of “you can’t turn this energy inside”, first heard at 0:46-0:49. As the synth in question shifts progressively more out of tune, it builds up a harmonic tension that the following chord is then able to resolve, giving you a nice little shove into the next iteration of the hook. It’s almost insulting straightforward for something so effective, so go on — brush the dust off that pitch-bend wheel and give it a try for yourself!