Bat Out Of Hell
Meat Loaf
Back to Top 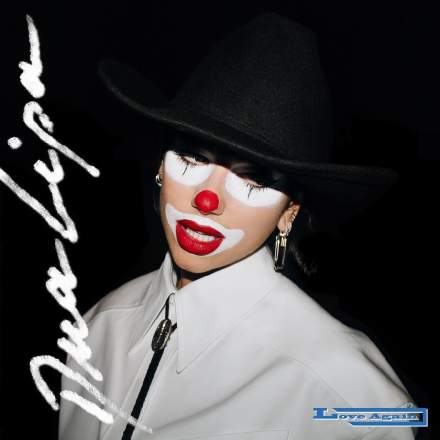 One of the most inspiring project-studio stories ever told is that of Jyoti Mishra, who in 1997 created a global hit record using an Emu Emax II, a Casio CZ1, an Atari ST, and five tracks of a Tascam 688 cassette portastudio. (More technical info here – my favourite detail is that the vocal mic was a Realistic PZM boundary mic!) The song was called ‘Your Woman’ (released under the moniker White Town), and prominently featured a sample from a 1932 Lew Stone & The Monseigneur Band record, a sample that also appears prominently in Dua Lipa’s ‘Love Again’.

Thinking about the copyright implications of all this, though, does get a bit depressing. You see, the original Lew Stone record is actually a cover of the song ‘My Woman’ by Bing Crosby, Max Wartell, and Irving Wallman, but the riff Mishra sampled contains nothing of the musical material of that song whatsoever – it’s a riff that’s part of Lew Stone’s backing arrangement, and doesn’t appear in Bing’s original version (recorded nine months prior) at all. And yet if you look at the credits for the White Town single, the publishing credit reads: Jyoti Mishra, Bing Crosby, Max Wartell, and Irving Wallman. So the actual creator of this famous sample (or his estate) has received no real credit, and probably no money either.

Now the White Town record has since been covered and sampled by at least a dozen artists over the past 20 years, which has presumably sent plenty of publishing royalties in the Mishra’s direction, as you’d hope. But things get weird again with this new Dua Lipa song, the main hook section of which prominently features the Lew Stone sample Mishra used, looped in exactly the same way he did it. But the publishing credits for ‘Love Again’ make even less sense, because Dua Lipa and her three co-writers are joined by Crosby, Wartell, and Wallman – but not by Mishra! It’s insanity. After all, nothing that Bing Crosby and his writers did back in 1932 contributed in any way to the commercial success of this Dua Lipa record, and yet they collectively take almost half the publishing royalties. While Jyoti Mishra’s work in selecting that specific sample and turning it into the widely recognised ear-worm that it is (the recognition-value of which undoubtedly helped Dua Lipa’s sales) is left totally uncredited. I reckon this year’s MisCreAnt Award must already be in the bag…

All that said, I did appreciate one bit of this production: the half-bar phrase-extension at the end of the middle section, just after she sings “God damn” and delaying the “you got me in love again” by two beats. Not only does this upset our expectation of how the vocal line’s rhythm should unfold, but it also throws out the regular pattern of four-beat bar-lengths that’s persisted throughout the whole song up until that point, so it somehow makes the “God damn” more powerful – as if she’s so startled that it makes her forget where the bar-line should go!