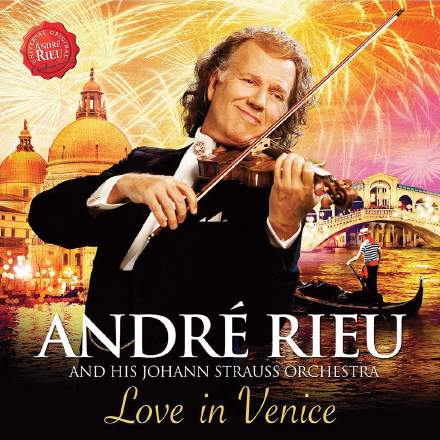 If you’re wondering “André who?!", let me fill you in. Over the past five years, the albums of this perma–tailed violinist and his schmaltzy classical orchestra have spent more than 120 weeks in the UK top 40. Whether or not his brand of easy–listening floats your boat, there is much to admire in the craftsmanship of his productions, as demonstrated by the title track of his sixth top–10 record, Love In Venice.

What might appear to be a fairly traditional large–scale classical recording, albeit one with the low–end opulence of a film score, has actually been rather carefully optimised for the mass market. First of all, the mix transfers extremely well to mono, despite giving no sense that the stereo image is constricted. Comparing the frequency balance of the Middle and Sides signals with a frequency–specific correlation meter reveals a couple of reasons for this: firstly, the frequency balance of the Sides and Middle signals are quite closely matched overall; and, secondly, the Sides signal very seldom overpowers the Middle signal level at any frequency. So, in practical terms, if you sum this mix to mono for single–speaker playback (as a lot of small consumer–grade playback devices do), thereby discarding the Sides signal, the mono listening experience remains remarkably representative of the stereo one in terms of both overall tonality and ensemble balance. In addition, Rieu’s solo violin scarcely features in the Sides signal at all (it might easily have been an overdub, in fact) and the instrument’s mic signal is panned dead centre, so the star survives the transition to mono completely unscathed.

Only at the low end does the Sides spectrum diverge from that of the Middle signal, tapering off rapidly from around 200Hz, rendering the mix all but mono below about 100Hz. What this means is that the low–end power of the music doesn’t suffer through all those affordable home–theatre, multimedia and automotive systems which combine tiny stereo/surround satellite speakers with a single more powerful bass driver.

This recording also takes single–sided listening very much in its stride, presumably partly by virtue of using spaced microphone techniques, which don’t rely too heavily on inter–channel level differences to generate their stereo illusion — so off–centre instruments remain reasonably well balanced in either single channel. But the ensemble layout has also helped, because it sounds to me as if the cellos and basses are fairly central, flanked symmetrically by the first and second violins. This matches bass lines and cello countermelodies fairly well between the channels, and also caters fairly evenly for both channels whenever the massed violins join forces for yet another soaring lead melody.

And don’t leave this track before appreciating its assured use of traditional ‘prepare–clash–resolve’ harmonic dissonance — standout moments include the juicy augmented–triad flavour first heard at 0:33 (the Cm9 chord’s Bb sustaining as a 6–5 suspension over D7) and the French–horn F# prepared within the Bm chord at 3:13, reiterated as a major seventh over G, then again as a major ninth over Em, resolving only in the staggered 6–5/4–3 double suspension of the modulatory A7 dominant chord at 3:21.

Pure cheese it may be, but at least it’s well matured.